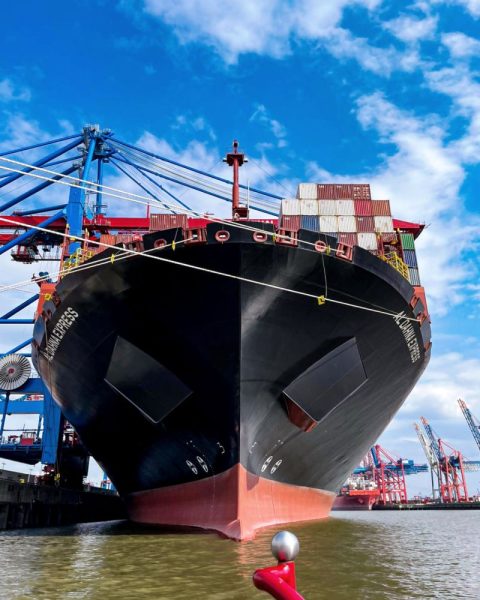 Updated with additional information on June 13

The ongoing discussions between German United Service Union (ver.di) and the Central Association of German Seaport Companies (ZDS) could cause further delays across not only German but also other ports across Europe. German dockers are holding their ground in the negotiations with the ZDS, and ver.di has called on several thousands of employees in various seaports to go on warning strikes for several hours during Thursday, June 9, 2022.

Ver.di negotiator, Maya Schwiegershausen-Güth, has called the offer made the ZDS to be “completely inadequate.” On the other hand, ZDS said the call for strikes is irresponsible.

ZDS negotiator Ulrike Riedel, said, “We are in the middle of an absolutely exceptional situation. Global supply chains are severely disrupted. On the one hand, a large wave of delayed ships is approaching us, on the other hand, there are major bottlenecks in rail freight traffic. Calling for warning strikes now is absolutely irresponsible.”

ZDS noted that in the second round of negotiations on May 23, 2022, it has submitted a concrete offer to the ver.di Federal Collective Bargaining Commission with a wage increase over 24 months totalling 7 percent for employees in container operations and 6.1 percent for other areas together with the federal government’s relief package, intended to compensate for inflation.

This is obviously not in line with ver.di demand for an increase in wages of €1.20 per hour for the approximately 12,000 employees in the 58 collective bargaining companies in Lower Saxony, Bremen and Hamburg, as well as actual inflation compensation. In addition, ver.di is demanding an increase in the annual allowance for full container operations by €1,200 and a term of the collective agreement of 12 months.

According to the digital logistics company Logfret, german ports are already facing a major delay in schedules (even without the strike) due to massive traffic jams of big vessels in front of Hamburg and Bremerhaven which is also creating a great impact on all neighbouring countries. And not forgetting that all other ports in Europe are also congested and delayed as well. With the strike on 9th June 2022, it will increase the operational problems, affecting all other European ports again in Germany, Netherlands, Belgium, France, UK, Poland, etc. by causing more delays and schedule changes.

Schwiegershausen-Güth said, “As part of the critical infrastructure, the employees have worked non-stop in recent years, pushed their limits and, as key workers in the supply chains, have kept the shop running with their hands. They deserve recognition and their fair share.” In view of the high stress situation and continuously rising prices, the employees expected a significantly better offer, that express genuine appreciation and appreciation.

An additional round of discussions was held on Friday, June 10, however the were halted after ten hours of deliberations without a result. The United Service Union (ver.di)’ negotiator Schwiegershausen-Güth stressed that ZDS offer would increase hourly wages by €0.90, with the addition of various lump sum payments. This would result in a permanent income increase of 4.95 percent for the container companies and 3.75 percent for other companies, which is well below the current price rate increase of 7.9 percent. Due to the demands and offers being so far apart, Schwiegershausen-Güth noted that a new round of negotiations will be held, with the date to be agreed in the coming days.

Meanwhile, Hamburger Hafen und Logistik AG (HHLA) spokesman told Nordsee-Zeitung that any further strikes would come at an inappropriate time as container vessels are already piling up in front of all the seaports on the North Sea coast, waiting to be cleared, while there are containers with goods stacked up at terminals.