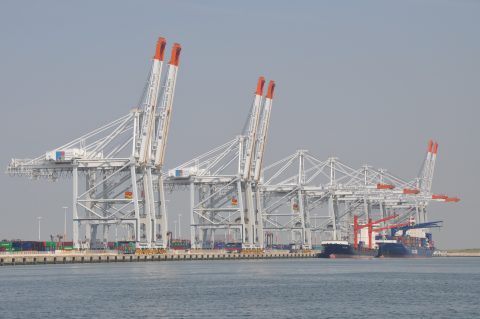 HAROPA PORT in 2022: more traffic and investments in green policies

HAROPA PORT, the French port complex comprising the ports of Le Havre, Rouen, and Paris, has launched various investments in the ecological and energy transition throughout 2022. At the same time, most traffic along the Seine Axis in the year kept growing, except for the Ro-Ro sector which experienced a small setback.

Moreover, the French company pointed out, in 2023 19 per cent of the total port’s investments will be put into the ecological and energy transition, a 3 per cent increase compared to 2022. These investments are part of HAROPA PORT’s plan to accelerate the modal transfer along the Seine Axis, connecting the three locations. The initiative aims at increasing the use of rail and river transport in order to decrease emissions on these routes.

As HAROPA PORT underlined, as of October 2022, “the modal shares of rail and river rose from 12% to 13.3% for containers exiting Le Havre”. An even higher increase was registered at the Paris Terminal, where inland waterway activity grew by 25 per cent compared to the previous year. This is also because of the launch of new river-based services, Greenmodal/Hapag Lloyd in September 2022, and Fluviofeeder/Marfret in November 2022.

A deeper look into the numbers

Maritime traffic in the HAROPA PORT’s network in 2022 reached 85,1 million tonnes, two per cent more than in 2021. The company defined 2022 as an “exceptional trading year for cereals and a rise in liquid bulk flows” was registered as well. Container traffic registered a record 3,1 million TEUs, surpassing three million for the first time.

Liquid bulk increased by five per cent for a total of 40,1 million tonnes, boosted by a 23 per cent rise in crude oil traffic due to the two refineries on the Axis working at full capacity. Dry bulk saw reached 14,2 million tonnes, an increase of three per cent compared to 2021. This growth was largely caused by the grain trade, which rose by 12 per cent.

A slight decrease was observed in Ro-Ro traffic, which fell by 11 per cent, or 265,000 vehicles. According to HAROPA PORT, this is because the port switched from an export-led market to one dominated by imports, which required an overhaul of its parking areas.

More specifics on HAROPA PORT’s projects on the Seine Axis

In the industrial area at Port-Jerome-sur-Seine, between Rouen and Le Havre, HAROPA PORT is organising a new industrial cluster called Plastic Valley. This facility will be dedicated to recycling and producing renewable plastic. As the company added, “the site will also see the production of renewable hydrogen with Air Liquide’s Normand’Hy project, which has an unprecedented capacity of 200 MW”.

Moreover, HAROPA PORT requested the creation of the ZIBAC project (Zones Industrielles Bas Carbone/Low-Carbon Industrial Zone). The first initiative was to establish a provisional list of studies for over 10 million euros for the preparation of the decarbonisation of industrial and logistics operations on the Axis.

Finally, the company claimed that the methanisation plant at the port of Gennevilliers, just outside Paris, will soon be operative. The plant will be used to produce green energy using biowaste and was designed and will be built and operated by French waste management company Paprec. Paprec was awarded the project in March, and the plant is expected to be operative in 2025. As HAROPA PORT said, the plant “will generate biogas for injection into the Paris area supply network, in addition to farm fertiliser”. 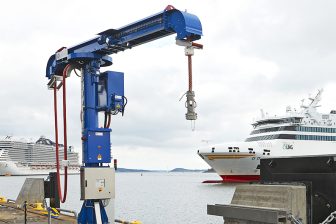 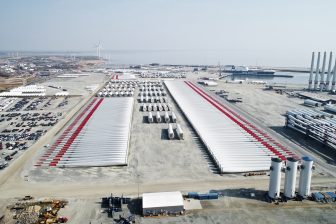 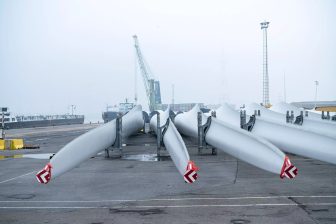