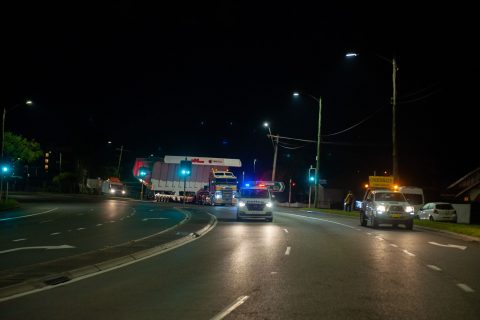 Cargo arrived on vessel at the Port of Newcastle and road transport to the mining site in Mount Thorley Warkworth was arranged with local authorities. A specially planned route and time with a convoy of vehicles consisting of transport specialist and police presence was required to deliver the large shipment.

This shipment is significant as it represents one of the largest mining trucks to have been exported out of China. It is part of an order for 28 units for Yancoal’s Mount Thorley Warkworth. Yancoal is an Australian coal producer owning, operating or participating in 11 coal mines across NSW, Queensland and Western Australia.

The units ordered, the NTE360A, are one of the largest mining trucks made in China and exported out of china. The units have been built by Inner Mongolia North Hauler (NHL). The deal was supported by the global equipment provider for the freight sector Wabtec.