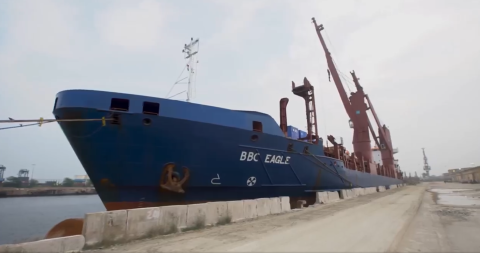 “We were able to accomplish this because we had exclusive access to a specialised fleet of vehicles at our disposal, as well as closely integrated teamwork, as we had to traverse the heart of the city to reach the port amid numerous construction activities for the city’s metro project,” the company said in its statement.

Due to the ongoing construction, the authorities outright denied permission to move such oversized cargo. However, following a meeting with the Metro, City Corporation, Police and Port Authorities, Total Movements secured the permit to transport the components without disrupting construction activities or infrastructure changes.

“Aside from that, technical documents were submitted to their satisfaction in order to obtain permission,” the company said.

The entire cargo was docked in port well ahead of the vessel’s arrival and loaded onboard BBC Eagle, the 2008-built MPP.