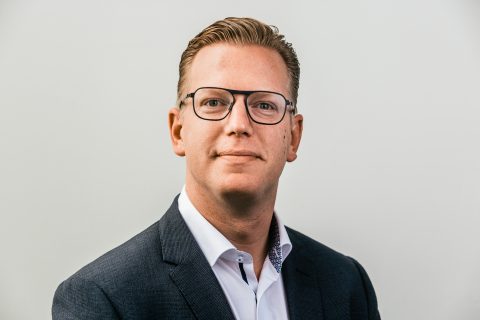 Rethinking the supply chain: Ahlers projects & machinery unit is fit for the shift

Only days after Jeroen De Ryck, global business unit manager, projects & machinery at Ahlers praised the positive and healthy outlook for 2022, the war broke out in Ukraine, leaving the company in a precarious position as its main focus was Russia and the CIS region. The sanctions on Russia that soon followed put a spanner in the company’s works. Luckily, the projects and machinery business unit at Ahlers is a unique one as it is not dependent on the affected region and handles project logistics all over the world.

“Luckily we do a lot more than that, we are involved in projects in the United States, other parts of Asia and Turkey,” De Ryck said during our latest meeting at the Breakbulk Europe event in Rotterdam, noting that Covid does still play a major role in disrupting the supply chain. In one instance, Ahlers was forced to halt a project delivery for a couple of weeks until the authorities at the port of Shanghai, which has been on lockdown since March, find a way to PCR test empty containers.

“The most strict is the Shanghai area. We had potential shipments to be shipped out of Shanghai towards the US and India but these have been postponed for different reasons,” adds Marko Buneta, key account and project logistics manager at Ahlers.

He said that there was a knock-on effect from the latest lockdowns especially for factories located in the affected region with their production speed suffering, and the cargo not being ready. Add to that the congestion in and around Shanghai port, clients are putting projects on hold before the situation becomes clearer, as having a vessel wait at anchorage at a rate of $40,000/day can have a huge impact on the budget.

“But on the other hand, clients are looking into other ports of departure, so, if the cargo is coming some 150 kilometres from Shanghai and that area is not under such strict lockdown, the cargo can be moved to other ports in China where shipments are still possible and vessels are calling regularly,” says Buneta.

This uncertainty is a major roadblock for many of Ahlers’ clients but the company’s team is advising with available solutions. This subsequently resulted in everyone having to rethink the way they source cargo.

“Our clients are redesigning their supply chain completely, yes. So what we see now, is that they produce or source more close to the site. For example, for US projects they source more in Mexico, South America, which we didn’t see before. Turkey is also becoming an important market not only as an importing country, but also as an exporting country, a transit country. Even production in Europe is increasing, just because our clients want to become more local, and not depending on the sky-high freight rates and the lack of equipment Ex. Asia,” De Ryck says.

Due to all of this, the impact of logistics becomes more significant in the overall cost of a project, and therefore, Ahlers’ work becomes even more crucial. As a rule of thumb, usually logistics services were estimated at 5 to 10 percent of overall project value, whereas nowadays this can easily be upto 20 percent or higher.

Logistics are becoming more important and more of a challenge for the company’s clients, meaning more budget calculations and more alternatives that have to be studied and searched for. This of course is a task Ahlers is on top of.

Companies look into ways of keeping the costs down as the current market environment is pushing clients to look into different sourcing scenarios, where to source, how they source, how the project cargo can be moved, if the time frame is suitable. “While previously the pressure was mostly on the shipping cost and time, now it is about the cost of the product itself and where it is located,” says De Ryck.

Another development coming about with this shift in the supply chain is the fact that clients are sourcing equipment closer to the project location. While this may still mean thousands of kilometres, at least they are sourcing ‘locally’. For European projects, there is a lot more sourcing in Turkey, due to shorter transit time, and the certainty that cargo can be moved actually.

“We see Turkey as origin popping up more often,” says Buneta. “But we are also seeing a shift towards east European countries like Poland and Romania.”

For Turkey in particular, its producers and suppliers have been more prominent in recent years, and now that the freight rates are elevated, Turkey is pushing for that spot of the factory of the world. “Whether Turkey can cope with such a sudden rush of demand remains to be seen. We can’t judge yet what the lead times are compared to China when a customer orders equipment from a Turkish supplier,” Buneta says.

He adds that Italy has also been a noticeable production spot, especially for Russia and the CIS region before the war in Ukraine broke out, but under the current conditions, it is only expected for Italy to continue to be a prominent sourcing hotspot.

The United States is a region where Ahlers is currently most involved, according to De Ryck. There, the projects have picked up due to the investment made under the Trump administration and more recently through the Bipartisan Infrastructure Law (Infrastructure Investment and Jobs Act) put forward by President Biden. This has seen the US companies increasingly sourcing equipment from Mexico and Brazil.

This shift has also had an effect on processes that were simple and automated previously. Limited availability of containers, equipment and vessels has hampered automation processes in an industry that is not that automated to start with.

Project logistics business at its core requires a tailor-made solution and automation is limited. However, tasks like booking a container, a flat rack or a breakbulk ship were automated.

Unfortunately, limited availability of equipment, lockdowns in China, and high prices are obviously disrupting the regular processes. “Now, we have to look with our clients into different sourcing scenarios, and it is becoming even more complex, and shipping every container is a tough task, making it hard to automate anything,” says De Ryck.

However, Ahlers takes pride in its network and the quality within its team to rise to the challenges that the current market is throwing at them and their clients.

Below is the brief video of our conversation with Jeroen De Ryck when we caught up at the Breakbulk Europe event in Rotterdam.