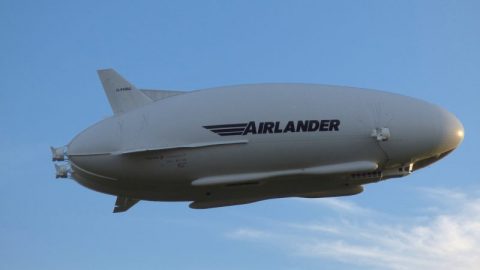 The British airship manufacturer HAV finally has all the permits to commence production of the Airlander 10.

Following a testing programme of almost two years with a prototype, both the British Civil Aviation Authority (CAA) and its European counterpart EASA recently gave so-called Design Organisation Approval for the production of the freight zeppelin.

HAV, which stands for Hybrid Air Vehicles, expects to deliver the first Airlander to the market in a few years’ time. It is unclear whether customers have already placed any orders for the airship. The Airlander was developed for the US Army in 2012, but one year later the US withdrew from the project.

Following this, HAV started with the development of an airship for the private transport market, initially mostly for the offshore and construction sector. HAV also has plans for a heavier airship that can mainly be deployed in European air transport.