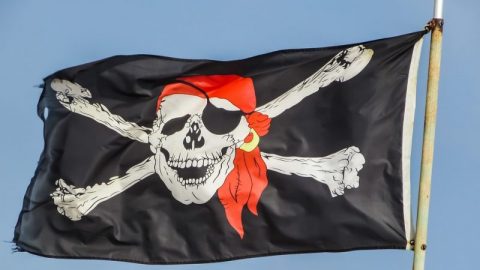 Strong increase in piracy in 2018

Last year saw a significant increase in the number of piracy incidents. According to a report published on Wednesday, the International Maritime Bureau (IMB) of the International Chamber of Commerce counted 210 cases.

In the preceding year, 180 attacks were registered. Most incidents involving piracy take place off the coast of West Africa. According to the IMB, the number of attacks in the Gulf of Guinea has more than doubled.

The 210 incidents included six hijackings. These all took place in the waters between Ivory Coast and Congo. Thirteen of the eighteen ships that were fired upon were navigating the same waters. In addition, pirates in the Gulf of Guinea were responsible for 130 of the 141 hostage situations and 78 of the 83 abductions of seamen for ransom.

In the last quarter of 2018, there was a significant increase in violence in West Africa. Pirates allegedly boarded ships far beyond territorial waters and kidnapped crews to Nigeria. ‘There is an urgent need for increased cooperation and exchange of information between the countries on the Gulf of Guinea’, said a spokesperson for the shipping office.

Ship’s crews also need to be alert off the coast of Somalia in East Africa. The permanent presence of European and other international naval units in the Horn of Africa remains important, the IMB emphasised.

The safety in the South East Asian sea areas of Indonesia, Malaysia and the Philippines has improved. The patrols of the Indonesian Navy and the deployment of the Philippine Coast Guard are proving effective.