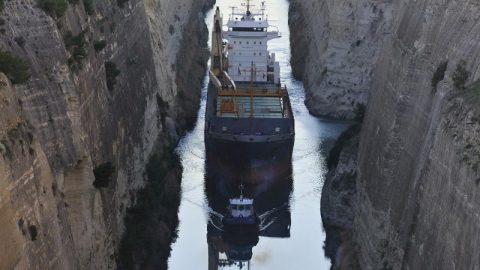 The pirate boss responsible for attacking the Dutch multipurpose vessel FWN Rapide of shipping line ForestWave in April of last year will likely be extradited to the Netherlands. The man, against whom an international arrest warrant had been issued, was arrested at an airport in Johannesburg, South Africa, in November.

Itoruboemi Benson Lobia appeared at Kempton Park Magistrate’s Court in South Africa this week; the judge ruled in favour of extraditing the pirate to the Netherlands, writes The Times South Africa.

Lobia is considered the mastermind behind the attack on the geared multipurpose vessel FWN Rapide, in which eleven crew members were kidnapped.

The Dutch ship, built in 2005, was en route from Ghana to Nigeria last April when it was attacked by the pirates. Three of the fourteen crew members managed to escape, but the other eleven were taken for ransom.

Lobia demanded two million dollars from ForestWave, but the shipping line initially offered a maximum amount of $ 56,000. Negotiations continued for a month until one of the crew members contracted malaria. On the 15th of May, the parties settled on $ 340,000, after which the crew members were released, reports The Times. ForestWave has declined to comment on the case.

The Netherlands Public Prosecution Service (PPS) launched a criminal investigation immediately after the kidnapping, which resulted in an international arrest warrant for the 28-year-old Lobia. The pirate boss was in transit when he was apprehended by the South African branch of Interpol at an airport in Johannesburg on the 7th of November. He has to stand trial in the Netherlands for unlawful deprivation of liberty, kidnapping, use of force aboard a ship, hijacking of a ship, extortion and piracy, the PPS wrote in a press release at the time of his arrest.

Lobia maintains that he is innocent and according to The Times has said that he is in the employ of the Nigerian army. The PPS however sees Lobia as the leader of the attack and has provided the judge in South Africa with ‘a series of authentic documents and a forensic report’ which it feels provides sufficient evidence to warrant extradition. Lobia has 15 days to appeal the ruling.

The PPS indicated earlier that it is not clear how long the extradition process will take. The Functional
Prosecution Service that handles the case in the Netherlands was not immediately available for further comments.

The fact that piracy is still a major concern became apparent once again just after the start of the new year. While container carrier MSC was busy cleaning up 291 containers that fell overboard during a storm north of the Dutch Wadden Islands, six crew members were forcibly taken from the ‘MSC Mandy’ off the coast of Benin.

In the first month of 2019, 10 attacks have already been reported to the Piracy Reporting Centre of the International Maritime Bureau (IMB). These mostly involved robberies, but in four cases the pirates attempted to board by force, opening fire on the ships. Three ships managed to escape by means of evasive manoeuvres and the deployment of armed security personnel, but the pirates succeeded in one case, kidnapping the crew members of the ‘MSC Mandy’.

Notable is the record number of sailors who were kidnapped last year: 83, 41 of which in the Gulf of
Guinea, the waters off the coasts of Nigeria, Cameroon, Congo, Ghana, Benin, Togo and Ivory Coast.

The kidnapping trend is a phenomenon of the last couple of years. Where pirates once used to mostly hijack ships and hold the crew hostage until ransom was paid for the ship, they now only take the crew members and valuables with them. That is easier and less risky. Especially now that navies have become very adept at recapturing hijacked ships.

Because fewer ships are being hijacked, the number of hostage situations has dropped since 2014 from 442 to 141 in 2018. In the same period however, the number of kidnappings has increased almost tenfold: from 9 to 83.

The only way to resolve this is by having navies cooperate internationally, says Jakob Larsen, head of maritime security at the shipping association BIMCO. This approach has resulted in the full eradication of piracy around Somalia.

According to him, the capacity in the region is being scaled up and navy units are being trained, ‘but these are long-term initiatives that do nothing to change the situation right now.’

Larsen specifically argues for an increased deployment of military ships and aircraft. He states that setting up such a mission is not difficult; there only needs to be a willingness to act. ‘I think the challenges (which are linked to such a mission, ed.) are often exaggerated’, he says. ‘From a military point of view this is not complex; similar missions have been successfully initiated in other parts of the world. But things may be different from a political perspective though. It all comes down to will.’

The local navy around the Gulf of Guinea is doing a good job, says BIMCO. But between fighting insurgencies, terrorist groups and regular crime, it simply lacks the manpower to truly tackle piracy. That is why the organisation is calling on the international community again to dispatch a joint navy mission to West Africa.

‘Considering the large volumes of commodities that hail from this region, all superpowers have strategic interests there’, says Larsen. ‘It is therefore to everyone’s benefit to protect the seafarers in this area.’ 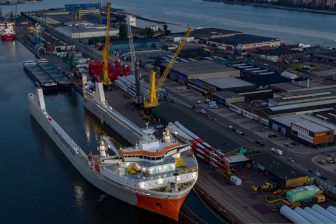 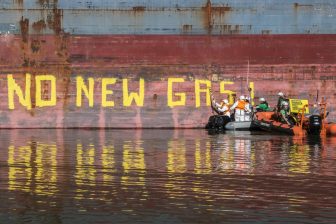