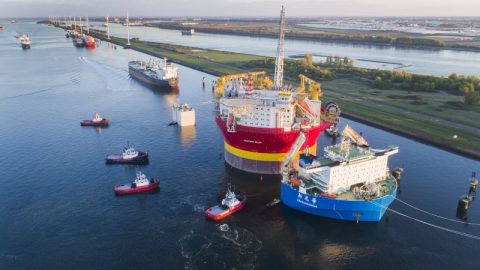 Towage company Kotug Smit to be sold to Boluda (INFOGRAPHIC)

Boskalis and Kotug have signed a letter of intent to sell their joint venture Kotug Smit Towage to Spanish shipowner and towage group Boluda. The enterprise is valued at 300 million euro and Boskalis expects to receive 90 million euro in cash for its 50% equity stake in the joint venture.

Kotug Smit Towage was formed in 2016 which at the time covered 11 ports in 4 countries (the Netherlands, Belgium, Germany and the United Kingdom), but since then has expanded its presence into new ports and realized efficiency savings.

Reason for the sale is the increased pressure from the container shipping alliances, which are expected to continue to impact the European harbour towage industry. Boskalis and Kotug believe that further consolidation of the European harbour towage market would be beneficial for Kotug Smit, which according to the agreement will be continued with Boluda as sole shareholder.

Boluda offers a geographically strong and highly complementary European portfolio, as the Spanish company is mainly active in the Spanish and French markets while Kotug Smit operates in the Northwest of Europe.

Kotug has not given any statement on the proceeds it expects to receive from the sale.

This agreement is subject to approval from regulatory agencies in the respective countries involved and the transaction is expected to close in the second half of 2019.

Boskalis recently also announced the sale of its stake in Saam Smit Towage to Saam S.A. for 201 million euro in cash, which signals the company might exit the towage market entirely. Next to its participation in Saam Smit and Kotug Smit the offshore service and construction company also has stakes in Keppel Smit Towage and Smit Lamnalco.

Kotug says it will stay active in all forms of towage (harbor towage, terminal towage, and offshore services) after the sale of Kotug Smit, but for its harbour towage will focus on regions outside of Europe. The company has, among other regions, a large presence in Australia where it provides harbour towage and special towage services for Shell’s massive LNG-facility Prelude. Last year, Kotug expanded in Australia by taking full control over its joint venture KT Maritime, which was formed with Teekay Maritime in 2012. 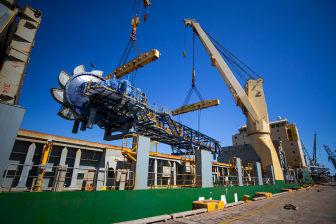 AAL establishes monthly service between Asia and US