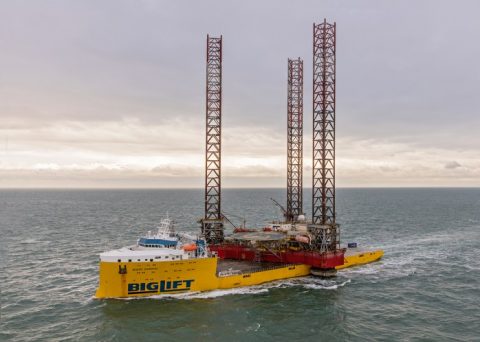 The companies will combine two pairs of sisterships, the BigLift Barentsz and BigLift Baffin and the CY Interocean I and CY Interocean II. With these four vessels, the new partners are ready to meet the future demands in the LNG, Oil & Gas and renewable markets, states BigLift Shipping.

The vessels are almost similar with respect to deck space, but Chung Yang’s vessels have smaller drafts which enables the companies to handle a wider range of port locations in respect of water depth and quay heights.

Both Chung Yang and BigLift Shipping will provide technical and operational support in the early stages of the projects, providing customers with engineered and tailor-made solutions in the various project phases, the companies say.

BigLift ended a similar cooperation with Rolldock at the end of 2017. The two Dutch companies had been working together in the 50/50 joint venture BigRoll since 2013. The BigLift Barentsz and BigLift Baffin are two vessels out of a series of our, which had been ordered specifically for BigRoll.

These vessels are so-called modular vessels with a large open deck space which offer capabilities for ro-ro cargoes of up to 16.000 metric tons. After BigLift ended BigRoll both parties included two vessels in their own fleets.

BigLift never stated why it withdrew from BigRoll. In 2014 the joint venture secured a large two-year transport contract for the Russian Yamal LNG project which ended in 2016.

Shortly after BigLift withdrew from the joint venture, Rolldock formed a new pool of dock vessels with SAL Heavy Lift.