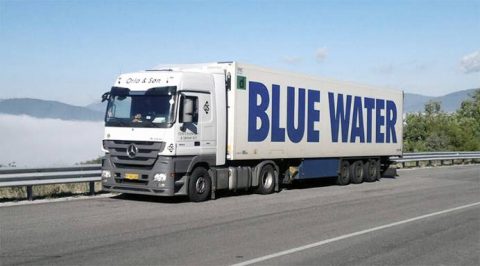 Blue Water not satisfied with 2018 result

Although Blue Water Holding managed to turn around its operations and book a small profit again, CEO Søren Nørgaard Thomsen is not satisfied with the annual result. “The first months of 2018 did not live up to expectations, and this has heavily affected our overall annual result in a negative way,” he says.

Blue Water Holding saw its turnover grow with EUR 50 million to EUR 748 million in 2018, but its profit before tax only amounted to a meagre EUR 1.3 million. That is an improvement in comparison with the loss of EUR 12.3 million euro the company booked in 2017 but still nowhere near where Blue Water wants it to be.

“We are very satisfied that we during the past year have turned around operations and again deliver steady progress and profit in our business. We are, however, not satisfied with the result for 2018,” Søren Nørgaard Thomsen says.

Among other reasons, the results were negatively impacted by investments and changes with a value of EUR 4 million in the Danish and Nordic activities. Additionally, the ongoing IT Strategy which will ultimately reduce the number of systems had a negative effect of just above EUR 3 million.

”The first months of 2018 did not live up to expectations and this has heavily affected our overall annual result in a negative way. In 2018, we have concentrated our efforts on implementing a series of initiatives – including an increased focus on streamlining our processes and work routines as well as an improved structuring of our business. And these initiatives have continuously generated improvements,” Thomsen says.

The positive development of Blue Water’s results in the later part of last year has continued in 2019, the company states. “We have a high level of activity in the different business segments, which means that we in the first quarter on a group-wide level are a little ahead of the budget. This year, we expect a record profit of approximately EUR 13 million,” says Thomsen.

The expectation is based on improvements in the core business areas as well as earnings from a large contract for oil consortium TCO, which includes companies like Chevron and ExxonMobil. Blue Water was awarded a contract to transport 300 modules, weighing up to 1,800 tons each, to the Caspian Sea for the development of the Tengiz Oil Field. The transports commenced in 2018 and will continue until 2020, with 2019 being the year with the highest activity.

Blue Water’s founder and executive chairman Kurt Skov also looks forward to a strong development in the years ahead. “Blue Water is a complex business with many business areas and activities around the world. A series of big investments combined with unstable markets have given rise to challenges during the past two to three years. We have, however, recovered a strong foundation for our present and future business and this brings confidence in the years ahead, where we shall strengthen our position in the market”, he says.