​Germany is the latest country to ratify the Hong Kong Convention, the treaty of the International Maritime Organisation for safe and environmentally sound ship recycling.

The Hong Kong Convention covers the design, construction, operation and maintenance of ships, and preparation for ship recycling in order to facilitate safe and environmentally sound recycling, without compromising the safety and operational efficiency of ships.

Currently, ships are generally demolished at beach facilities in Sout East Asia, where work standards for both the environment and workers are often poor.

On the 16th of July, Reinhard Klingen, Director-General Waterways and Shipping in the Federal Ministry of Transport and Digital Infrastructure of Germany, met IMO Secretary-General Kitack Lim at the IMO Headquarters in London to deposit the instrument of accession. 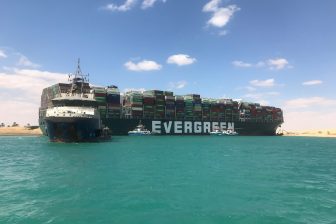