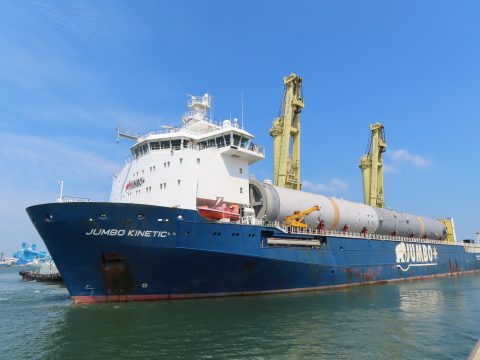 Samsung Engineering contracted Jumbo to transport the ultra-heavy wash tower from Pyeongtaek in Korea to Jubail in Saudi Arabia, where Jubail United Petrochemical Company is building a new ethylene plant costing USD 700 million. Once finished the plant is said to produce 700,000 tonnes of mono-ethylene glycol (MEG) per annum.

The enormous wash tower measures 101.1 metres in length and 10.8 metres in width. The cargo was lifted on board in a dual lift. With a combined lift capacity of 3,000 tonnes (2 x 1,500 mt), the Jumbo Kinetic is one of Jumbo’s strongest heavy-lift vessels and the biggest in its class.

In addition to the transport of the wash tower, Samsung also contracted Jumbo to transport four columns including transport saddles from Zhangjiagang in China to Jubail. All cargo has now been discharged at the quayside. 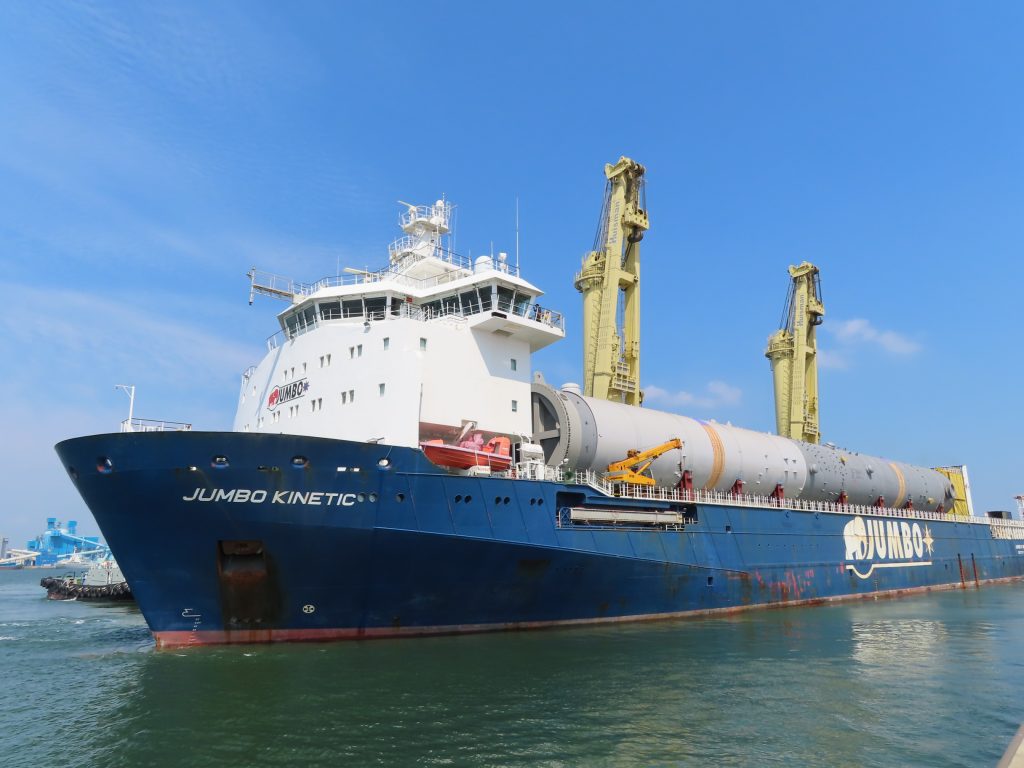 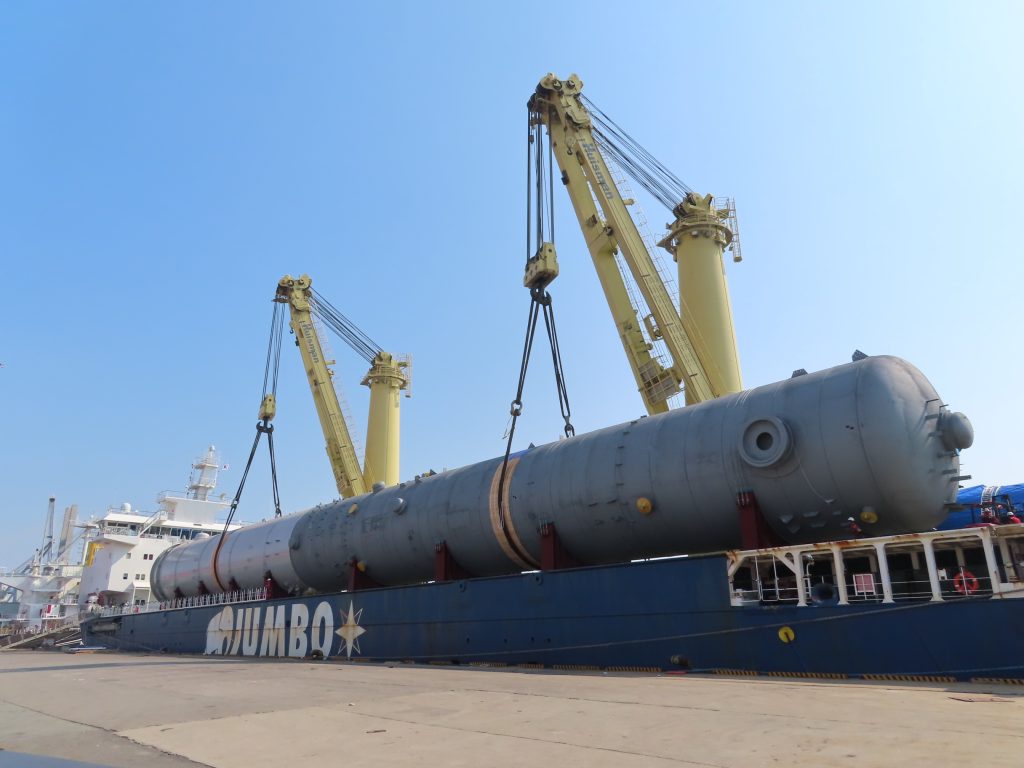 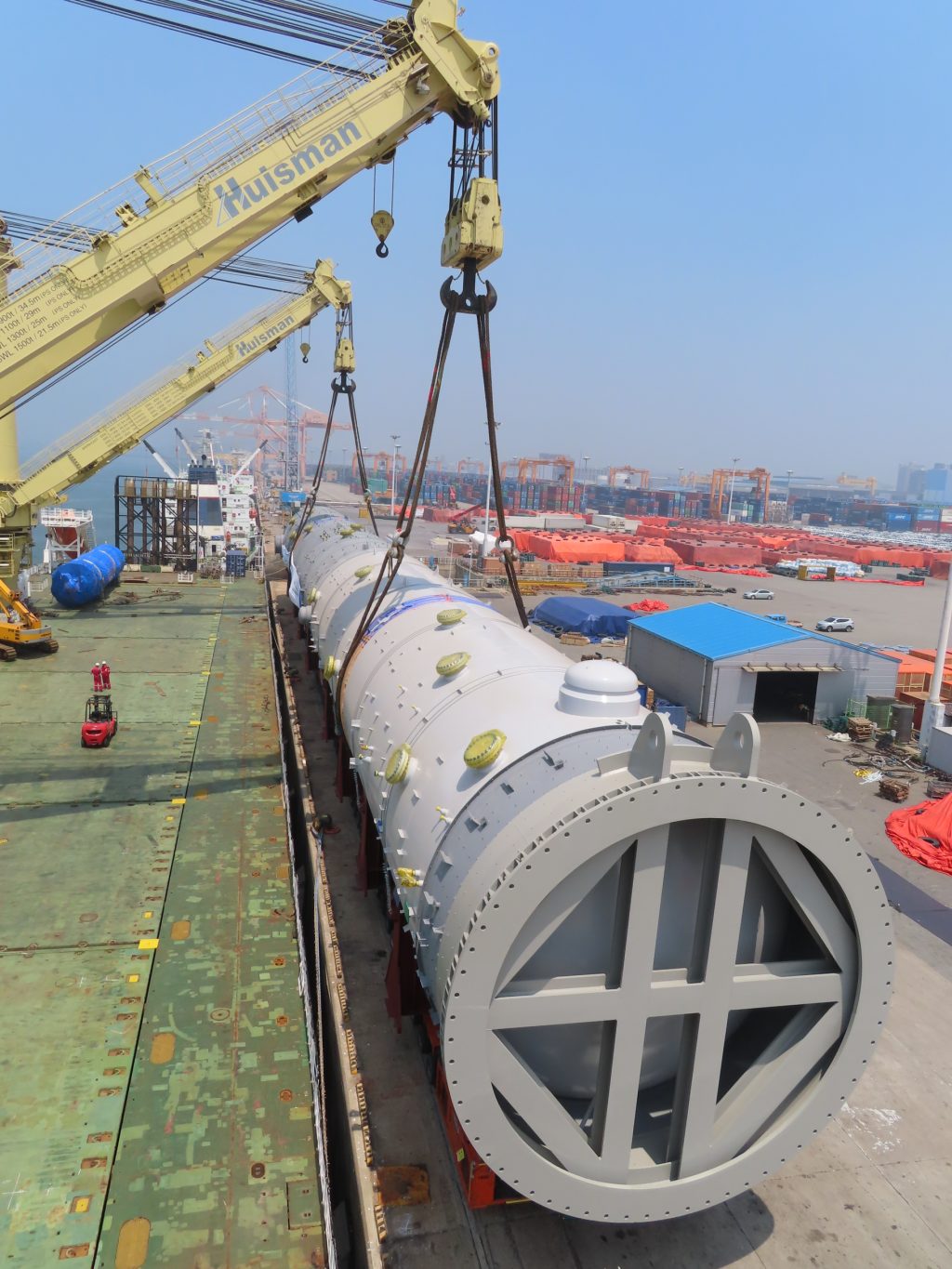 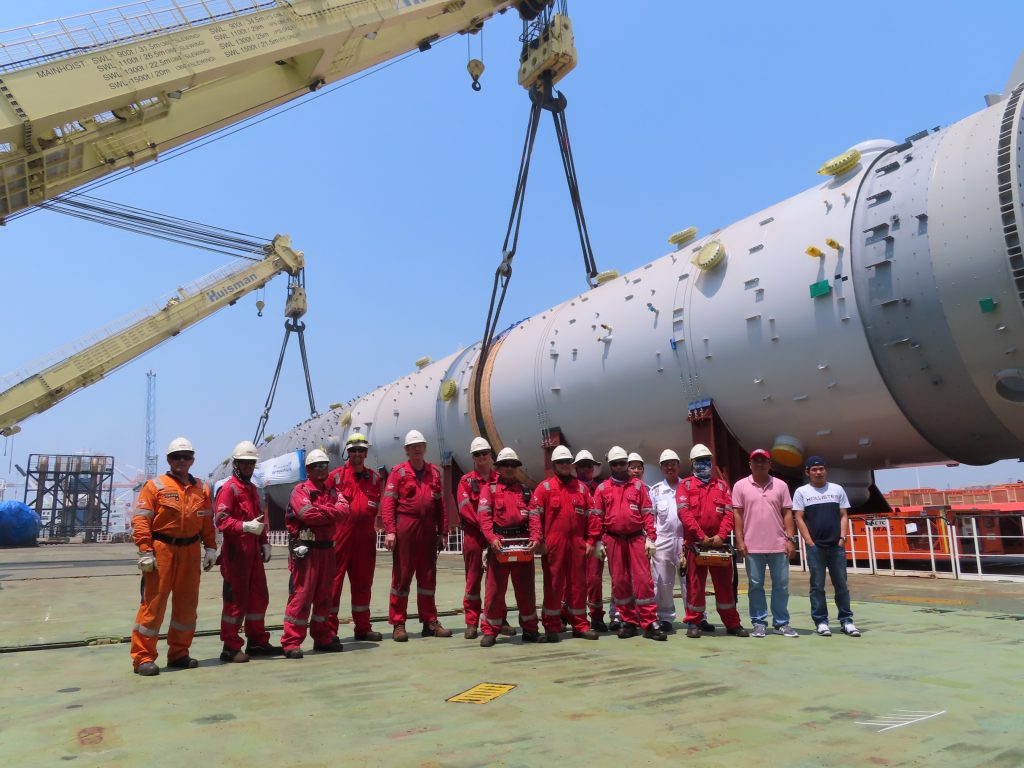