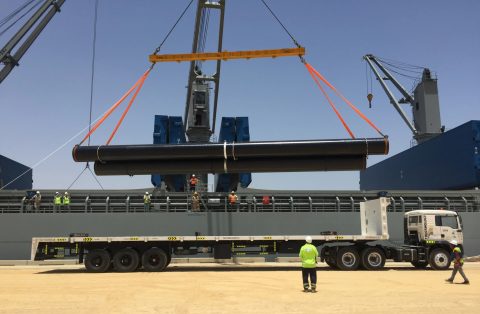 Logistics provider Panalpina is in the process of opening a new office in Oman to benefit from the country’s economic growth and large infrastructural projects.

In 2016 Panalpina transported 62 kilometres of pipeline from China to Oman for an oil and gas customer and the freight forwarder expects many more major moves like that in the future.

Oman has a huge oil and gas industry which, according to Panalpina, accounts for four-fifths of the government’s income. The country currently produces 900,000 barrels of oil per year and the volume is expected to grow thanks to new investments.

The Omani government is aiming to diversify the economy and is now also focusing on other industries like agriculture, fisheries, tourism, mining, public utilities and manufacturing. “Together with a growing number of large infrastructure projects and its transhipment hub for Qatar, Oman is fast becoming the latest business hotspot within the Middle East region,” Panalpina concludes.

Hence, the company is opening an office in the country’s capital, Muscat, by the end of the third quarter of 2019. Panalpina has teamed up with family-owned Omani business conglomerate Daoud Group, which will become a minority shareholder in the new business entity.

Panalpina’s operations in Oman were previously handled by an agent, but with the economic growth, project solutions and transhipment volumes to Qatar the country has become of great interest to the logistics company.

“Oman has become a pivotal geographical location for cargo flows to and from Qatar. Unlike some of the Gulf Cooperation Council (GCC) countries, Oman has not introduced economic sanctions and its trade with Qatar has increased by more than three times since the embargo started two years ago,” Charles Francis, Panalpina’s country manager for Qatar, Kuwait and Oman, explains.