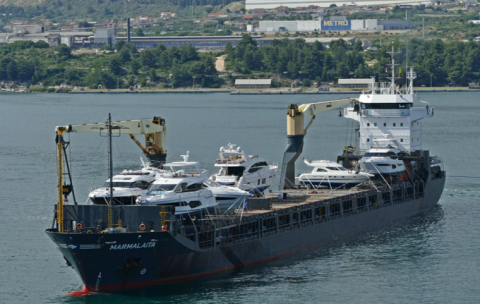 Pirates have kidnapped eight crew members from a multipurpose vessel owned by MC Schiffahrt. The German shipping company has assembled an emergency team to find a solution.

The multipurpose vessel MarMalaita was anchored at the Douala Anchorage off the coast of Cameroon when a group of armed pirates boarded the vessel on the 14th of August between 23.00 and 00.00. The Cameroon navy responded to an emergency call, but when the navy arrived and cleared the vessel only four of the 12 crew members came out of hiding. The other eight crew members have been kidnapped.

MC Schiffahrt has assembled an emergency response team who, together with all the relevant authorities and crew managers, is doing utmost to deal with the case.

“Our thoughts reach out to the concerned families, and we will make all efforts to support and assist them
until their seafarers safely return back home. All respective authorities have been informed accordingly and we will fully cooperate with them until the case is resolved,” MC Schiffahrt states.