Indian authorities have detained the Cosco-operated heavy-lift vessel Da Cui Yun on suspicions of carrying and wrongly declaring parts for missiles. The vessel was carrying an autoclave which can be used to manufacture missiles. The ship’s crew had declared the cargo as an industrial dryer.

A team of India’s Defence Research and Development Organisation (DRDO) has offloaded and seized the machine for further inspection.

The Hong-Kong-flagged heavy-lift vessel was en route from the Chinese port Jiangyin to Port Qasim in Pakistan, with a planned stopover in India to offload some 2,450 tonnes of cargo. The vessel arrived in the port of Kandla on February 3rd and was just leaving the port on February 5th, when Indian authorities stopped the vessel on suspicion of wrongly declaring ‘dual-technology’ machinery that can serve military purposes.

The autoclave on board can be used to manufacture missiles and by wrongly declaring it, the ship’s crew and shipping company have violated India’s so-called SCOMET regulations that deal with the transport and export of dual-use items such as Special Chemicals, Organisms, Materials, Equipment and Technologies (SCOMET).

The SCOMET regulations were introduced in 1984 after the UN confirmed that Iraq had used chemical weapons on Iran during the Iran-Iraq war. The regulations are designed to control the export and prevent the proliferation of technologies and equipment which can be used to manufacture chemical and biological weapons.

The Indian intelligence agency was reportedly tipped off by sources in Hong Kong. According to a news report of the Times of India, the vessel had visited the Indian port 15 times in the past year while en route to Karachi in Pakistan. “In all earlier shipments, the vessel had declared the same cargo as ‘machinery’”, the newspaper writes.

Following nearly two weeks of detainment and seizure of the autoclave, the vessel has just been giving permission to resume its voyage to Pakistan and according to AIS-data is now “underway using engine.” 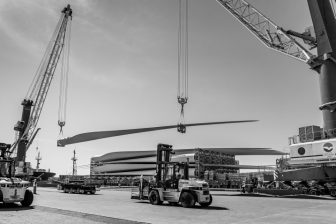 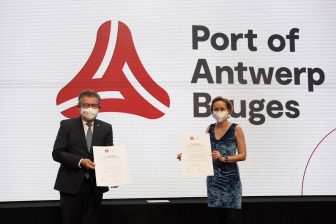 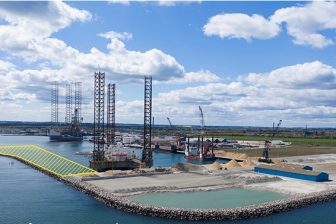