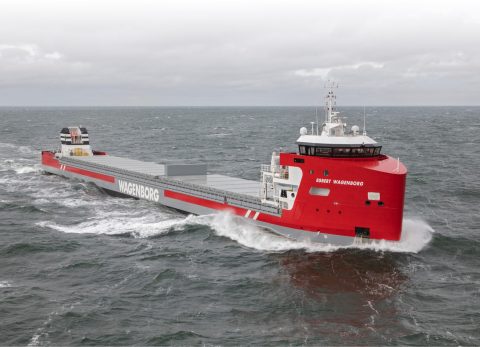 Wagenborg nearly quadrupled its profit in 2019

Royal Wagenborg significantly improved its profit last year. The company’s operating result more than doubled from 27 to 71 million euros, while the net profit jumped from 13 to 44 million euros. This year the results will be negatively impacted by Covid-19, but CEO Egbert Vuursteen expects a recovery in 2021.

Wagenborg reports an income of 545 million euros, which is 21 million euros less than the year before. However,  the company’s operating profit (ebitda) increased by roughly 33% to 127 million euros.

Although the dry bulk market was volatile in 2019, the Baltic Dry Index strongly improved in the second half of the year. The increased demand for freight transport was accompanied by an expected decline capacity as a result of IMO 2020 and new ballast water regulation, which positively influenced freight rates and demand for longer-term contracts during the year, the shipping company states in its annual report.

The company’s shipping division, which comprises of some 180 vessels ranging from 2,000 to 23,000 tonnes in deadweight, was able to increase its number of longer-term customer contracts. In 2020, Wagenborg aims to even further increase the revenue share from contracts as compared to spot trades.

Wagenborg announced this week that it will be expanding the activities of its geared fleet to Africa. In addition to the North-Atlantic and Europe, the company’s geared vessels of 8,00 tonnes and more will also operate in the area between Senegal and Cameroon. Nigeria is excluded from the sailing area for safety reasons.

Wagenborg calls the addition of Africa a logical step due to the “significant synergies” between its fleet, the existing key industries and the opportunities in the region.

“Main ports of this extended region will be Dakar, Abidjan, Tema and Takoradi. Since port facilities often lack sufficient crane capacity, Wagenborg’s geared fleet will be an added value in this region”, the shipping company says.

Wagenborg Towage faced challenging circumstances during the year. The demand for Wagenborg’s fleet of sea-going barges declined on the back of a sluggish offshore market, resulting in relatively low utilisation rates and lower turn-over from so-called “open sea” projects. Results from in-port towage remain suppressed but Wagenborg says that it nonetheless remains committed to providing towage services in the port of Delfzijl and Eemshaven in the north of the Netherlands.

In the Offshore division, Wagenborg sold a number of vessels including the 1998-built Antarcticaborg and living quarter barge Bellini, that had been laid up in Greece. The company’s walk-to-work vessels Kroonborg and Kasteelborg, as well as the Statiaborg, continued their contracts with major oil and gas companies. Compared to 2018, the Offshore division performed well in 2019.

The warehouses of Wagenborg Stevedoring in Delfzijl and Eemshaven were fully utilized during almost the entire year. “We prolonged our market position as a service provider to the offshore wind industry while we expanded our position in the handling of various (biological) agriculture products”, the company states.

For Wagenborg’s crane division Nedlift, the start of 2019 was rather slow due to an absence of larger projects in the oil and gas, chemical and infrastructure projects. The business unit used this period to relocate cranes and close down the business unit West to focus on the better performing units North, East and South of the Netherlands.

Demand increased from the end of the second quarter, resulting in a recovery of both revenue and results. The year ended with a substantial improvement in profits compared to 2018.

Most of Wagenborg’s divisions were able to improve their underlying results compared to 2018. The lower turnover from Towage, Shipping and Stevedoring activities were compensated by higher turnover from other activities. Additionally, net interest expenses further declined in line with further net debt reductions during the year, contributing to a significantly improved net profit.

This year, Wagenborg expects its results to be adversely impacted by the Covid-19 pandemic. The coronavirus has not only affected demand but will also make it more difficult to divest non-core vessels.

“Management expects an adverse impact on revenue and operational performance in 2020 with a subsequent recovery in 2021”, the board of directors states. “We continuously monitor and assess the possible impact of Covid-19 on the financial and operational situation and act accordingly.”