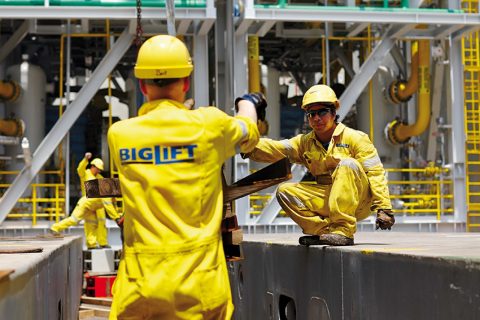 IMO: “Crew change crisis is far from over”

The crew change crisis caused by Covid-19 restrictions continues to cause challenges, despite some improvement in the numbers, the Secretary-General of the International Maritime Organization has warned. Currently, some 200,000 seafarers are waiting to be relieved. In addition, the IMO states issues around vaccination need to be resolved.

In a statement, Secretary-General Kitack Lim said that based on industry analysis, the numbers of seafarers requiring repatriation after finishing their contracts had declined – from a high of around 400,000 in September 2020 – to around 200,000 as of March 2021, with a similar number waiting to join ships. However, this number could rise again and the crew change crisis is far from over.

Lim stresses that seafarers need to be designated as key workers to ensure priority vaccination and access to safe transit and travel.

According to Lim, the fact that the number of crew waiting to be relieved has halved is ‘thanks to concerted efforts by governments, shipowners and others’. Lim: “One of the major achievements of last year contributing to this was the adoption of the United Nations Assembly resolution calling on UN Member States to designate seafarers and other marine personnel as key workers and to implement relevant measures to allow stranded seafarers to be repatriated and others to join ships, and to ensure access to medical care.”

However, he also points out that so far fewer than sixty countries have heeded the call to designate seafarers as key workers. “More countries need to do so if we are to resolve this crisis and ensure seafarers are treated fairly and so that their travel to and from their place of work is properly facilitated. There is still a long way to go before we are back to a normal crew change regime.”

He adds: “Governments should also identify and prepare for the challenges of the vaccination of seafarers who spend long periods of time away from their home countries. We need to continue to work together to develop relevant protocols and guidance around vaccine certification. This is particularly important as any barriers to travel created by national vaccine protocols may further complicate an already difficult crew-change situation.”

This article was first published at SWZ|Maritime, a sister publication of PCJ.