Two transformers, weighing 100 tonnes each, and measuring 82 metres by 36.6 metres by 45.8 metres, were brought to a seawater desalination plant in the middle-eastern kingdom, along with 45 packages of accessories. The equipment was loaded onto a containership in the Belgian port of Antwerp, and the German port of Hamburg, before sailing to the Islamic Port of Jeddah, in Saudi Arabia.

Saudi Arabia is the largest producer of desalinated water globally. Approximately half of Saudi Arabia’s water comes from the desalination of seawater, while 40% is obtained by mining non-renewable groundwater, and 10% is surface-water from mountains, in the southwest of the state. The desalination industry is also growing. For example, Saudi Arabia’s Saline Water Conversion Corporation will be opening 6 desalination plants by 2024 in phases, beginning with the launch of two plants by late 2022.

The Islamic Port of Jeddah

The port of Jeddah has been an important gateway to the middle east since its establishment in 646 A.D. The 12.5km2 port has 62 berths, a logistics park, four terminals and 9 terminal operators. Today, it is the most important imports and export for Saudi Arabia, and the Red Sea’s top port for transit trade, and transshipment, with about 5,000 vessels passing through it annually. 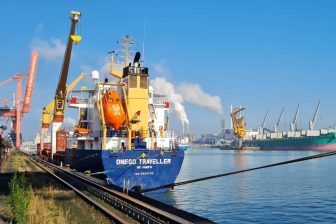 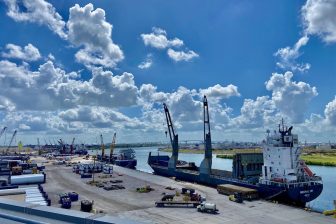