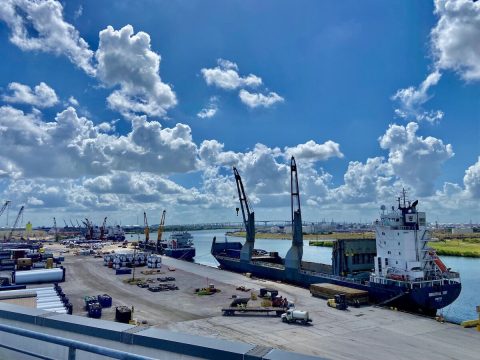 Meriaura’s multipurpose deck cargo carrier, MV Meri, was the cause of the Kiel Canal closing early on November 30, as German media reported the vessel ramming two bridges while in transit. According to the AIS data provided by VesselsValue, the vessel was on its way from Rostock in Germany to Esbjerg in Denmark.

According to reports in the German media, the incident occurred at 4:30 in the morning when Meri was passing the Holtenau high bridges with a crane loaded onboard the vessel. The reports say that the boom of the crane collided with both bridges for reasons that are as of yet unknown. The vessel had just passed the lock before incident happened.

The story of the Eemslift Hendrika incident from April 2021 has got its final chapter it seems, as the Maritime Disciplinary Court of the Netherlands concluded that the captain of the vessel at the time failed in his responsibilities putting his crew and the vessel in danger. The court suspended his license for eight weeks in total, with two of the eight being under probation.

To remind, in April last year, the Dutch multipurpose vessel Eemslift Hendrika, ran into trouble off the coast of Norway, while sailing from Bremerhaven to Kolvereid, Norway. The vessel had two catamarans onboard, a yacht, a sailing yacht and a large fishing boat. In the lower hold, the cargo consisted of a catamaran and six azipod thrusters, each weighing 52 tonnes.

Installing and removing jackets and topsides from offshore platforms, laying pipelines, and housing over 500 crew members… Allseas’ impressive Pioneering Spirit does it all. The world’s largest working vessel is now moored at the Prinses Alexiahaven, in Rotterdam for the winter. It will also be receiving some upgrades.

It takes over fifteen minutes to sail from the Futureland mooring jetty in Maasvlakte 2, to the Pioneering Spirit. On the way, one can spot the APM Terminal Maasvlakte’s ship-to-shore cranes, the Sif Group yard and its bright yellow monopiles, as well as the Tweede Maasvlakte wind turbines in action.

Harren Group has made an exciting step in heavy-lift shipping by combining a fleet of 50 vessels of Intermarine and SAL Heavy Lift, two sister companies under one corporate roof and ownership. The step comes about after Harren Group completed the full takeover of Intermarine.

When the Harren Group took a 50 percent stake in Intermarine in late 2020, the market was still significantly affected by the decade-long slump in the multipurpose sector and amid a COVID-19 pandemic. With a fleet of six vessels servicing the Americas, Intermarine was a niche operator with a historically strong brand and a dedicated team. Fast forward to 2022: Intermarine now operates a fleet of 25 vessels, is the dominant multipurpose operator in the Americas and is expanding internationally servicing clients in Asia and Europe.

With European appetite for alternative energy sources growing as well as its offshore wind targets reaching new heights, it is becoming more and more obvious that the MPP fleet serving the project logistics sector will not be sufficient. There is also an urgent need for a political framework that would create the necessary tools for the renewables industry supply chain to function without many hick-ups, and for the European shipyards to be more competitive in the MPP shipbuilding landscape.

Goals set by governments may have disregarded the capacity of the supply chain to serve the proposed projects. Looking at the MPP fleet, there is an obvious risk that it will not be able to adequately respond to the upcoming demand. Speaking during the Project Cargo Summit, Yorck Niclas Prehm, head of research at Toepfer Transport, noted that there are certain issues with the fleet. “The order book shrank a lot, the fleet is getting older and older, and the number of vessels available to the market will further decrease over the next five to ten years,” he said. 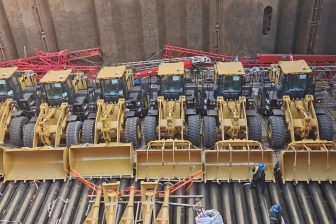 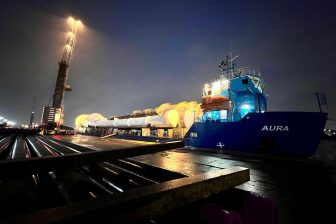 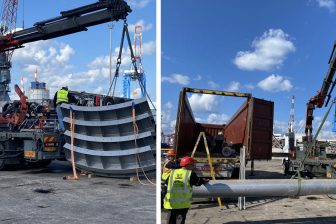 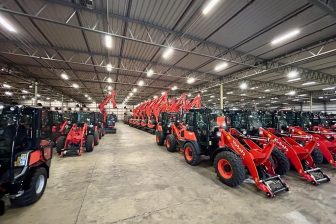