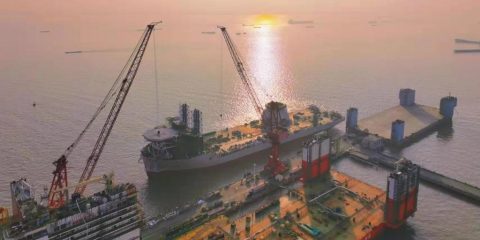 Jan De Nul has reached a major milestone in the construction of its offshore installation vessel Les Alizés with the official launch at the CMHI Haimen shipyard in China. This vessel will be the largest heavy lift vessel in Jan De Nul’s fleet, able to install XXL offshore wind components, in floating conditions and with ultra-low emissions.

The launch started on January 2, by flooding the dry dock in which Les Alizés was built. Once afloat, Les Alizés was moored alongside the adjacent quay wall. The official launching ceremony took place on Wednesday, January 5, at the CMHI Haimen shipyard.

The final phase of the vessel’s construction can now begin, including sea trials. Les Alizés is due for delivery in the second half of 2022 in good time for her first assignment in Germany for the construction of Gode Wind 3 and Borkum Riffgrund 3 Offshore Wind Farms, transporting and installing 107 monopile foundations for the offshore wind major Ørsted.

Following her order at the end of 2019, the design of Les Alizés has been further fine-tuned. The vessel is taking shape thanks to the investments in innovative mission equipment, enabling Jan De Nul to offer solutions for the next generation offshore wind installation challenges while improving safety and efficiency.

The vessel’s crane will utilise a Universal Quick Connector (UQC), developed by Huisman. It will be among the largest cranes in its class. The vessel will also feature a motion-compensated pile gripper, with an integrated guidance and survey system, allowing safe and efficient installation of next-generation monopiles with pin-point accuracy.

Additionally, a tailor-made automated monopile handling system consisting of a set of cradles, a skidding system and an upending hinge to handle and install XXL monopiles has been selected for the vessel. 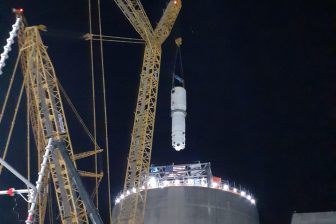 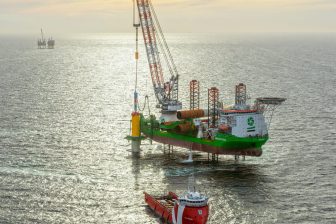 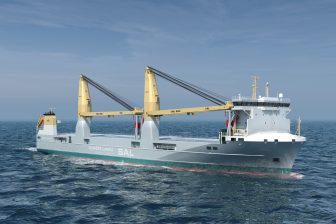