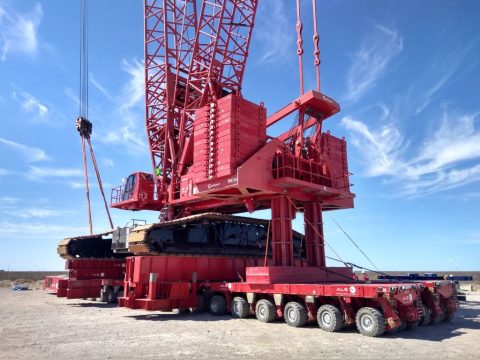 Heavy lift operations often present challenges, but when operating in sparsely populated areas like the Argentinean province Patagonia, the number of challenges seem to increase. This became apparent once again when ALE had to maneuver its crane over dirt roads that were no more than 6 metres wide.

While working on the Loma Blanca II wind farm in Argentina, where ALE has been contracted to install 16 wind turbine generators in Patagonia, the company had to find a way to maneuver its Manitowoc 18000 crane from one wind turbine to the other, crossing some very narrow dirt roads.

Rather than disassembling sections of the 120 metres high crane and reassembling in its next lift position, the company found a way to transport the crane in one piece by placing it on SPMT’s that are within the width limitations of the track.

“The crane was initially assembled on refurbished existing beams, laid on spreading mats. During the lifts, the transmitted loads were supported by the beams”, the company explains its solution.

It added: “Once the rotor of the wind turbine generators was placed, the crane was carefully set to the defined transportation parameter, being mindful of transversal inclinations. 36 axle lines of generation 3 SPMT in a 4 file 18 configuration were used to jack-up the crane.  As soon as the lashing lines were tightened, the crane got into position for the next platform.”

Moving the crane in one piece, not having to disassemble and reassemble for each individual wind turbine, ultimately saved the company a “huge” amount of time. 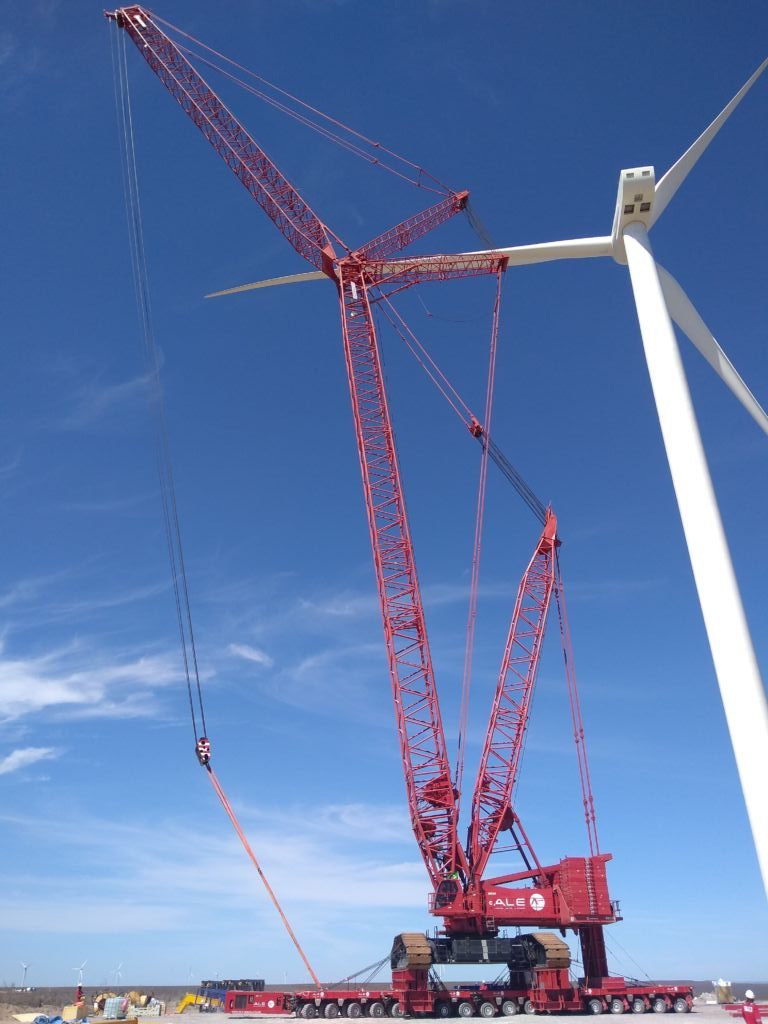 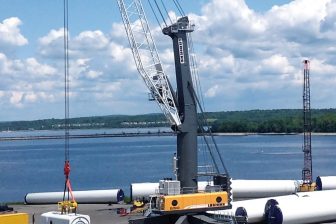 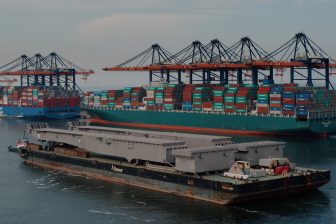 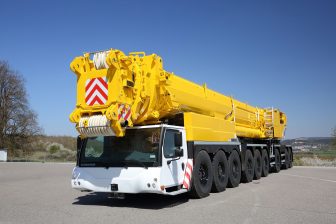