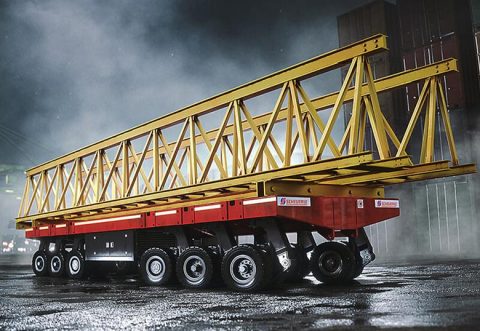 PRESS RELEASE – Scheuerle has expanded its SPMT PowerHoss series with the addition of a six-axle version featuring a width of 3,000 millimetres. These transport modules now offer up to 330 tonnes of payload per unit and can also be used in a vehicle combination to handle the most difficult tasks in intralogistics, the company states.

According to Scheuerle, the 3,000 millimetres wide PowerHoss SPMT’s are also 40% more stable than comparable container-wide solutions from other manufacturers.

The PowerHoss modules are a plug-and-play solution that can be operated both mechanically as electronically and in a loose coupling mode as well as coupled laterally or longitudinally to meet even higher payload requirements.

The SPMT PowerHoss transport modules are based on the technology of the SPMT series which has been tried and tested over decades and thus providing the advantages of conventional SPMT transporters. This includes the robust construction of the pendulum axle chassis as well as the electronic multi-directional steering system complete with all known steering programs which facilitate highly precise navigation. 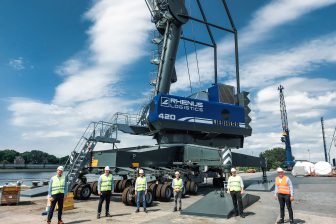 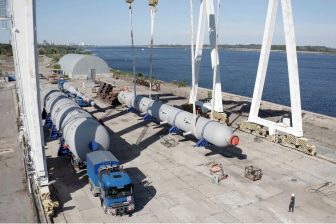