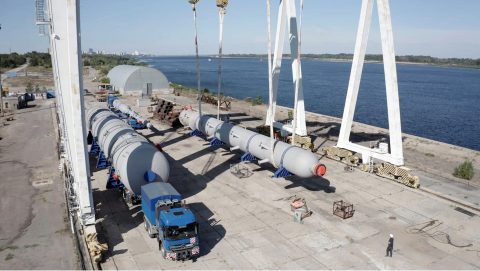 Moscow-headquartered Barrus Projects has wrapped up the delivery of equipment for construction of a hydroisodewaxing complex for hydrocracking residue for the Omsk refinery.

The company informed earlier this week that both stages of the project cargo delivery have been completed.

The first stage of the project for the delivery of equipment from Volgograd to the Omsk refinery included the vacuum fractionating column weighing 175.9 tonnes and a hydrotreating reactor R-1 weighing 386.6 tonnes.

These cargoes were delivered from a leading manufacturer’s plant to a specialized berth using Barrus Projects’ own equipment – axle lines and heavy-duty trucks. Then they were loaded on a sea barge, which made a two-month voyage from a specialized berth in Volgograd to an oil refinery berth in Omsk.

The barge passed through the Volga-Baltic and White Sea-Baltic canals, the Northern Sea Route, the Ob and Irtysh rivers. The cargoes were then delivered from the berth to the construction site.

This made it possible to deliver large cargoes to the construction site located in the center of the largest refinery in Russia. During the execution of the project, more than a dozen large consignments of cargo with a total volume of about 9000 cubic were delivered.

In the second stage, Barrus Projects completed the delivery of equipment from Yekaterinburg to the Omsk refinery.

The equipment included a reactor of hydroisoparaffinization R-2 (233.7 tonnes), a hydrofinishing reactor R-3 (127.4 tonnes) and a stripping column of the T-1 hydrotreatment reactor (135 tonnes).

The cargoes were delivered from the manufacturing plant in Yekaterinburg to Omsk by rail.

For transportation, special flange plugs were made and the configuration of the lifting lugs was changed. This allowed the company to carry out rail transportation without oversized dimensions and associated delays and additional costs.

Barrus Projects prepared drawings for the placement and fastening of cargo on railway transporters, got approval from the special transportation department of Russian Railways and the Office of the Sverdlovsk Railway, ordered scarce railway transporters for loading (240-ton 16-axle and 170 ton 12-axle), and prepared cover cars with control frames.

Thanks to close work with Russian Railways, the transportation of each cargo from Yekaterinburg to Omsk took no more than two days.

In Omsk, at a specially prepared site by Barrus Projects, the cargo was unloaded from railway transporters and delivered to the construction site of the Omsk Refinery using the company’s transport equipment. 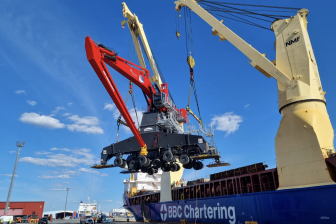 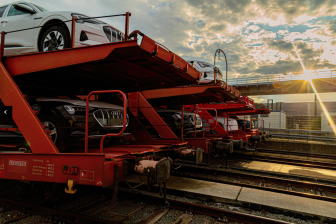 Audi shifts to rail for battery components from Hungary 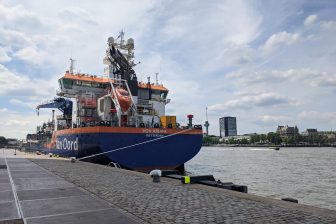 The trailing suction hopper dredger, Vox Ariane, has arrived in Moerdijk for testing