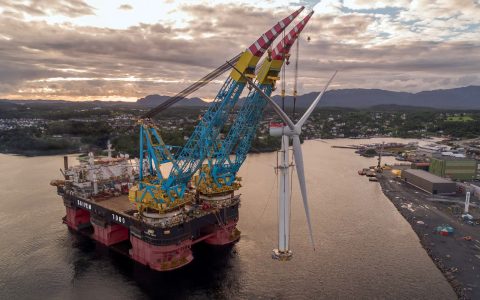 In the morning hours of Thursday a loud explosion alarmed the the inhabitants of Amoyfjorden (Norway) as well as the 275 people on board the stricken Saipem 7000 vessel. Luckily no one was injured, despite the vessel tilted initially with two barges being damaged and ending up capsized.

Italian engineering major, Saipem noted that the vessel has just completed DP trials per DNV testing program and was performing the planned five-year main cranes load test, under the watchful eye of the classification society.

According to witness reports to the Norwegian media outlet VG loud bangs were heard before the semi-submersible crane vessel developed a list. Following the incident, Joint Rescue Coordination Centre (JRCC) Southern Norway immediately informed that barges next to the crane vessel sustained a lot of damage and capsized.

Rescue at sea. Ongoing situation
One of the biggest Crane vessels in the world, tilting after a sudden explosion 20 min’s ago. 275 ppl on board #Stavanger #Åmøyfjorden #Norway #Saipem7000 #MaritimeSecurity pic.twitter.com/dM8LePv8Dd

JRCC South rescue leader Owe Frøland told VG at the time that after being in contact with the vessel he was informed that some of the lifting equipment on the crane ship failed, which led to them being tilted. The previously reported explosion has been refuted.

Further to a preliminary assessment, Saipem informed that the main block wire broke during the test lifting operation and the testing load (two cargo barges) with the main block were released in the water.

The unit, after an initial tilting caused by the load release, promptly returned in a stable position and safe condition. A crane assessment is ongoing.

Saipem 7000 returned to Stavanger, a hub for Norway’s offshore oil industry, to conduct the testing only a day before the incident. The vessel was deployed at the Seagreen offshore wind farm, a 1,075MW joint venture project between SSE Renewables (49 percent) and Total (51 percent) off the East coast of Scotland. The scope of work entails the installation of 114 foundations for an equivalent number of wind turbines.

It was scheduled to continue work at the offshore wind farm following the load tests, however, it is yet unknown how the incident may affect the schedule.

Saipem has not yet responded to PCJ inquiry on the potential implications of the incident on the Seagreen offshore wind farm installation schedule, while a spokesperson for SSE Renewables, said, “It is too early to comment on any potential effects on the project.”

The Saipem 7000 semi-submersible crane vessel has the capacity to handle the entire work scope of offshore construction developments worldwide, encompassing pipe laying in water depths greater than 2,000 metres and heavy lift operations up to 14,000 tonnes. 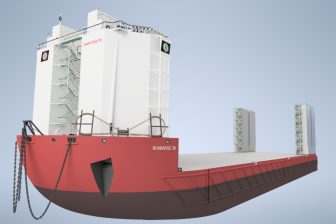 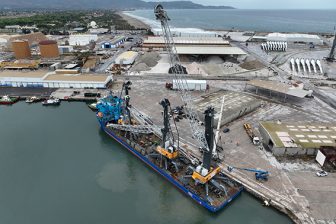