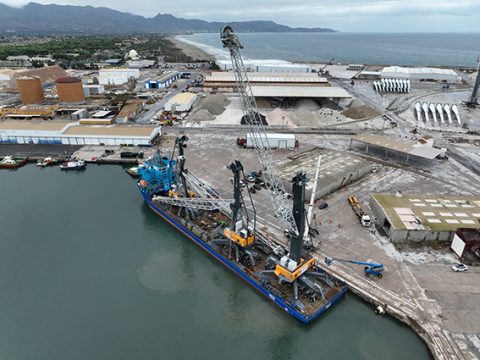 Noatum Terminals, the port operations division of the logistics services provider Noatum, has taken delivery of the previously acquired three Liebherr cranes. The company is making preparations to install the cranes in the assigned ports.

The cranes have the versatility required to be able to handle different types of cargo, in addition to being equipped with state-of-the-art technology, leading to improved operating performance for the ports where they will be installed. They also contribute to minimising environmental impact and energy savings in port operations.

The first crane, LHM 420 Pactronic with a capacity of up to 124 tonnes, arrived at the port of Sagunto at the beginning of the year. It has been operating successfully there since then, and contributing to an improved management of the growing volumes of work at the terminal.

Three more cranes left the port of Rostock in Germany on board the heavy cargo ship Meri on the morning of September 5. The first delivery of the LHM 550 crane with a capacity of up to 144 tonnes and a reach of 54 metres was completed in the port of Castellon on Sunday September 18. It has been optimised for handling bulk cargo on Capesize class ships, container handling and New-Panamax ships.

The cranes destined for the Sagunto and Tarragona terminals arrived on September 19, and 20, respectively. They are two LHM 420 models with a capacity of 124 tonnes, capable of improving productivity by handling up to 18 containers per hour, and to handle bulk cargo, projects, or any type of general cargo.

The first crane which arrived in Sagunto was assembled at its destination, but in this second delivery, the three cranes were factory assembled and ready for use immediately.

This is one of the biggest orders of its kind in all of Europe, including manufacturing, transportation and setup of three high tonnage mobile cranes, simultaneously, for a single client.

Joaquín Ramón Lestau, managing director of Noatum Terminals, said, “This ambitious order to the manufacturer Liebherr, which is unprecedented, is part of a strategy that seeks to provide continuous improvements for our clients as well as a clear commitment to reducing our environmental footprint and implementing the most advanced security measures.”

This investment in equipment for the terminals increases its current operating capacity, to six mobile and six electric cranes in Sagunto, five mobile cranes, two for containers and two electric in Castellon, and three mobile cranes in Tarragona. 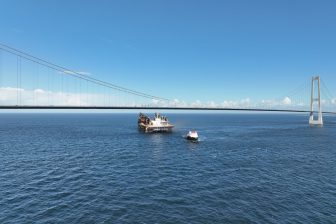 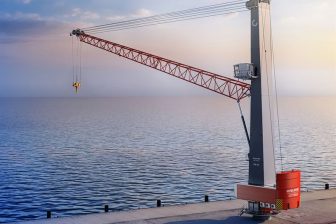