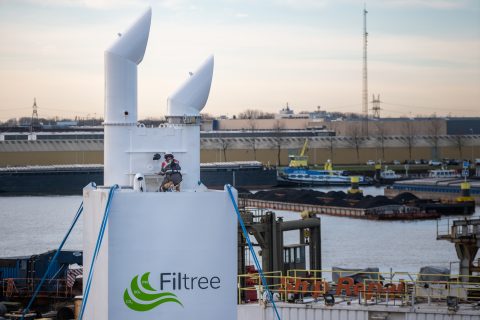 Purus Marine and Nordic Hamburg have placed an order for four of Value Maritime’s Filtree Systems including Clean Loop System and 30% Carbon Capture. It is the first time that Filtree Systems have been ordered for newly built container vessels. In fact, these emission-reducing systems will be implemented on four new container vessels that will be operated by BG Freight Line.

According to BG Freight Line, this system allows them “to significantly reduce emissions while continuing to sail on high-sulphur fuel”, which is cheaper. The 12,5 MW Filtree Systems will be delivered to Value Maritime’s berth in Rotterdam between September 2023 and February 2024.

Value Maritime’s new product “filters sulphur, CO2, and 99% of ultra-fine particulate matter from vessels’ exhaust streams”. The project was approved by Lloyd’s Register in September 2022 and is attracting the industry’s attention. First, the system was fitted on two Eastern Pacific Shipping MR Tankers.

Moreover, at the beginning of 2023, Samskip implemented the Filtree Systems on their container ships Samskip Innovator and Samskip Endeavour. In addition, despite being the first time the systems will be applied to new vessels, it is not the first collaboration between Value Maritime and BG Freight Line. In fact, the Dutch shipping company ordered two Filtree Systems with Carbon Capture for container vessels BG Onyx and BG Ruby earlier in 2022.

Laurens Visser, Container Vessels Specialist at Value Maritime pointed out that the quick rise in Filtree’s rise in popularity may be signaling a shift in the industry. “We are now seeing companies proactively looking to reduce their emissions not only retrospectively but from the very outset of operations”, Visser said.

These systems are made up of two parts. A small prefabricated, pre-installed, “plug and play” gas cleaning system in a road transportable housing and a filter that cleans the washing water. The plug and play system allows for the pre-installation and pre-commissioning of Filtree Systems, significantly cutting installation times. The second section, called Clean Loop System helps to reduce the acidification of the seawater by making sure that the PH value of the used washing water is neutralised.

The CO2 captured by the Filtree System is stored in a CO2 battery, which is “an onboard storage facility which can charge and discharge CO₂ infinitely”, as Value Maritime specifies. Once the vessels reach the shore, the CO2 is discharged to customers who re-use CO2 such as, for example, the agricultural sector. 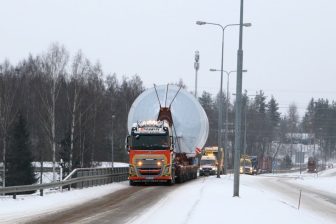 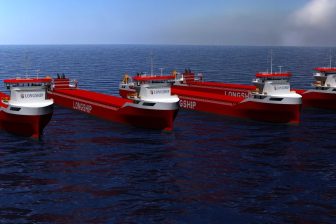