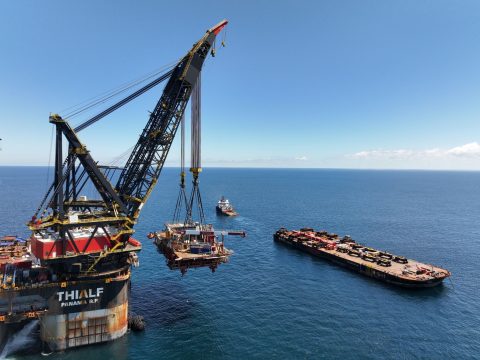 The last of the decommissioned Kinsale platform structures have finally been moored at the Hoondert Services & Decommissioning (HSD) location in Vlissingen. The feet comes less than a month after Heerema’s second largest semi-submersible crane vessel (SSCV) Thialf completed the offshore operations to remove the Kinsale platforms on behalf of PSE Kinsale Energy.

The project included removing the Kinsale Alpha and Bravo platforms, which were the only two platforms in Irish waters. In total, Heerema Marine Contractors removed 24,000 metric tons of steel, and 97 percent of this material will be reused or recycled.

Heerema used Thialf, which has a lifting capacity of 14,200 metric tons. Its capacity is second only to the Slepnir, which can lift 20,00 metric tonnes to remove the Kinsale Alpha topside, in the Kinsale Area gas fields, in the Celtic Sea. Heerema previously performed the hooking down and removal of the decommissioned PSE Kinsale Energy Bravo platform using the Thialf in June of this year. 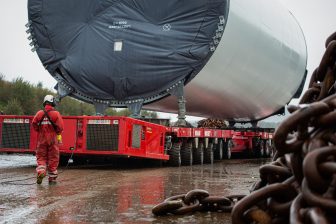 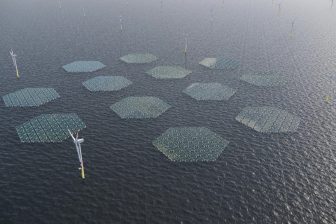