Conventional breakbulk volume in Antwerp has taken a massive beating in 2019, dropping 18% year-on-year. Port of Antwerp describes the decrease as “a consequence of the turbulence in the world”, pointing at the ongoing trade dispute between the US and China.

Port of Antwerp conventional breakbulk volume is largely made up of steel cargoes and that segment, in particular, has been severely impacted by the US President Donald Trump’s decision to charge tariffs on steel and aluminium imports. Combined with increased transport costs as a result of the IMO 2020 sulphur cap, Canadian and American steel have become more competitive than European steel.

At the same time, the automotive industry is plagued by record-low global car sales resulting in lower steel demand and increased competition from ro/ro carriers, while the container sector also keeps chewing off cargo from the traditional breakbulk industry.

It will be interesting to see if and how Rotterdam’s conventional breakbulk volumes have been impacted, as Europe’s largest port handles a fair amount of steel and aluminium as well. Another major breakbulk port, the merged entity North Sea Port, is also expected to publish its figures soon.

Despite the large drops in breakbulk and liquid bulk (-4.4%), the Port of Antwerp still recorded growth thanks to the increased container and dry bulk throughput. The port handled 6.9% more containers for a total of 11.87 million TEU. Dry bulk volumes grew by 3.4% to 13.5 million tonnes.

As a result of the growth in these two segments, Port of Antwerp recorded a total growth of 1.3% handling 238 million freight tonnes. 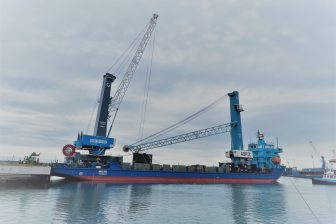 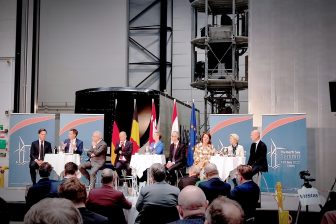 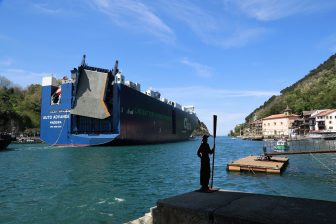