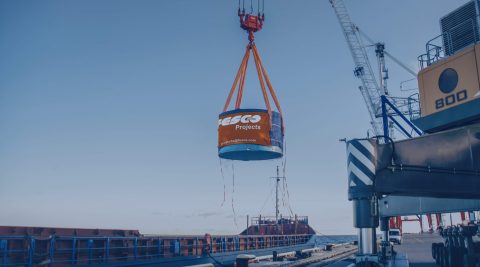 The Russian market of oversize cargo transport keeps growing at a steady pace despite the pandemic and the associated negative economic consequences, say leading transport companies operating in this field.

With the expected lifting of the Covid-19 restrictions this year, the market is set for another year of growth albeit lower than seen in previous years, Marat Butorin, Head of the Russian Association of Oversized Cargo Carriers tells PCJ.

The optimism is shared by leading local players. “We believe that this year, the Russian market for oversized cargo transportation will grow by about 10% compared to 2020”, says Marat Yarullin, director of project logistics at FESCO Transport Group, one of Russia’s largest transport companies. This growth will mainly be driven by projects that were implemented at the beginning of the pandemic, he adds.

FESCO is currently involved in several of those projects, including the delivery of oversized equipment for a number of nuclear power plants in various countries.

The company was also involved in some of the biggest projects in this field last year, delivering power equipment for the Rooppur nuclear power plant in Bangladesh as well as the Akkuyu plant in Turkey. Additionally, FESCO also completed the transportation and installation of power equipment for the Yerevan thermal power plant, which saw the company move 14,500 tonnes of cargo from Georgia to Armenia by rail and road. This transport was carried out in the midst of the coronavirus pandemic and the associated restrictions.

While the energy sector clearly plays a large role in the expected growth, other cargo sectors are also performing well.

“For projects in Russia, we recently moved six Konecranes E-RTGs from the terminal in the port of Ust-Luga to the terminal in the port of St. Petersburg. The cranes were transported assembled by a barge-tug train”, Yarullin says. The contract was carried out in three different shipments, with the cargo being rolled on and off the barges. Each crane weighed 132 tonnes and measured 30 by 12 by 24 metres.

Russian analysts also believe the Russian project cargo market has a big potential for further growth this year, although there are some specific challenges to take into account.

“With the long distances and the location of large mining fields in hard-to-reach areas, project logistics in Russia is becoming even more complex and laborious. But currently a number of large projects in the field of oil, gas as well as minerals production are being implemented in Siberia and the Far East. In addition, building of a large number of major processing enterprises is ongoing, which means that despite the pandemic, the market did not practically feel a severe economic impact of the pandemic”, says Alexey Volostnov, a senior partner of NEO Center, which is one of Russia’s leading analyst agencies in the field of project cargo and logistics.

Another challenge the industry is facing is the complex and excessive regulation by the state, the analysts say.

Butorin recently told Russian industry newspaper Osnovnya Sredstva that since the middle of 2016, the market has been complicated by new regulations. This new legislation specifies stricter requirements for a road train, the amount of compensation paid by carriers in the case of harm or damage and a change in the procedure to obtain special permits to transport project cargo.

Even with these regulatory changes, the market recovered to pre-pandemic figures in October last year already and currently continues to grow, the analysts of NEO Center say.

Most of the interviewed analysts believe the market has big potential for further growth. Currently, the share of project cargo in Russia’s entire cargo flow is in the range of 3 to 5%.

This article is written by Eugene Gerden, PCJ’s local correspondent in Russia.