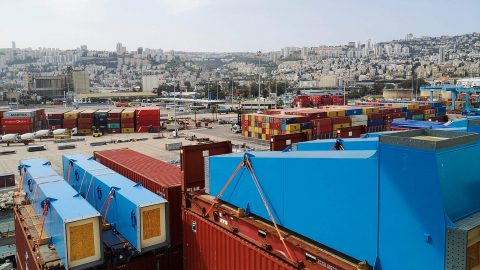 Dachser Air & Sea Logistics is handling the delivery of new container bridges from Poland through Hamburg to the Port of Haifa. The company has transported the disassembled ship-to-shore container bridges, consolidating various parts from suppliers all over Europe.

“Parts and components had to be gathered from all over Europe and then shipped from Hamburg,” explains Hans-Ulrich Brüggemann, manager Seafreight Projects at Dachser Air & Sea Logistics in Cologne. The steel structural elements were manufactured in Poland, 26 container tractors arrived from Antwerp, and individual machine parts came from suppliers spread throughout Europe. The project has been orchestrated in close collaboration with ICL-Israel Cargo Logistics.

The parts for the first crane arrived in Haifa in March, for the second in June, and the parts for the third and fourth are expected in September and November respectively. Brüggemann and his Seafreight Projects team received the initial inquiry concerning the project shipment job through ICL in December 2020. “A particular challenge lay in the vast dimensions of the container bridges,” Brüggemann said. “Even when disassembled, the pieces were on the large end of what can be transported by truck and ship. Some of the individual parts were up to 15 meters long.”

“When planning a project transport, you have to take many factors into account,” Brüggemann says. “We organize the most efficient tour: everything from precise route planning—which may involve closing off roads—to customs clearance.”

The cranes’ journey took them by truck from the factory in Poland to Hamburg, where the size of the single parts determined whether they were stowed inside closed 40-ft containers or in what are known as open-top 40-ft containers. The extra-wide steel elements were shipped on 40-ft “flat racks”—containers that have two bulkheads, but no side walls or roof—while the extra-long parts were shipped on 40-ft platforms with no walls or roof at all.

In Haifa, the dovetailing teams from ICL and Dachser ensured that the containers, flat racks, and platforms were transported immediately to the installation site at the port. A fully disassembled lifting frame was imported from Poland specially to erect the cranes; it will be taken back once work is completed in 2022. 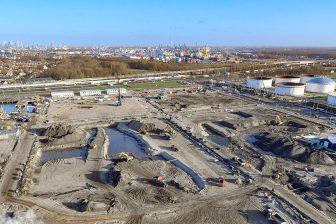 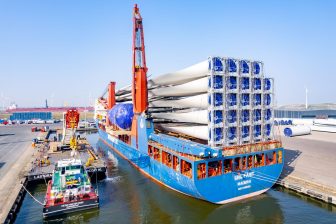 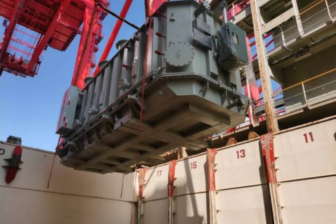