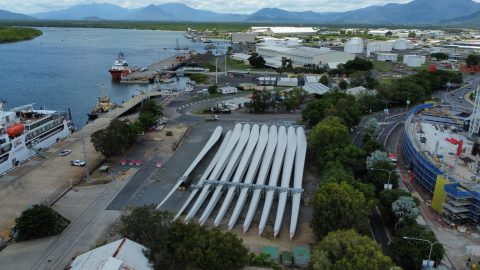 Kaban Green Power Hub in the Atherton Tablelands of Far North Queensland, Australia has hit a new milestone with the first wind blade recently leaving Port of Cairns for the project site. Being developed by Neoen, the project will feature 28 of Vestas’ V162-5.6 MW turbines from the EnVentus platform.

When completed this wind farm will deliver 157MW of renewable energy into the grid and CleanCo Queensland has signed to take all 100 per cent of the energy as part of its growing renewal energy portfolio.

Ports North’s Port of Cairns is the vital node from which the  network of nine ports in Far North Queensland operates and has significant berth capacity and laydown facilities for major project cargo.

Wind turbine blades for the $373 million Kaban Green Power Hub have arrived at the Port of Cairns at the end of January. The 79-metre, 32-tonne blades have been delivered from China onboard the multipurpose heavy-lift vessel Chipol Changjiang.

Chipolbrok has also been the company whose vessel, Chipol Guangan delivered the tower sections to Australia from the Tai Cang port in China, in early December 2021. 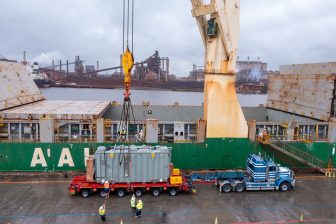 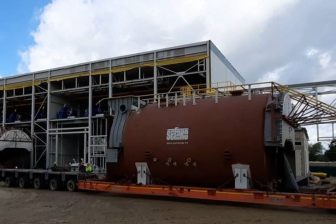 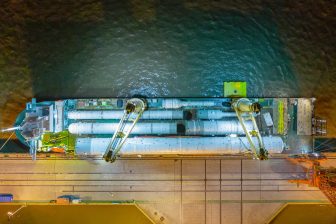