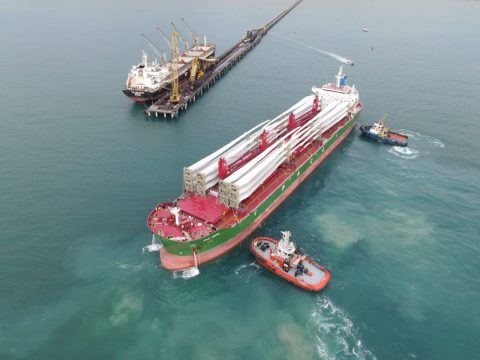 Over the past couple of months DAKO Worldwide Transport has continued its operations for the Windpeshi wind farm located in La Guajira, Colombia. The 205 MW wind farm is located in the northeast of Colombia and DAKO is heavily involved in logistics handling.

The company has already unloaded eight charter vessels at  Puerto Brisa for the and transferred the cargo safely to the TSA. In a brief statement, through its social media channels, DAKO noted that the company is ready to receive the last three vessel and to start the preparation for the final run to the job site.

To remind, SAL Heavy Lift’s Type 176 vessel, the multipurpose dry cargo ship Trina, strengthened for heavy cargo loaded approximately 36,000 freight tons of wind turbine equipment at Tuticorin in India. According to the vessel’s AIS data it, unloaded its cargo at the end of July.

Prior to that, two vessels unloaded at Puerto Brisa, and five more followed since, one of them being the SV Aurora, that also loaded cargo in Tuticorin, India and unloaded in Puerto Brisa at the end of last month, according to its AIS data.

The Windpeshi wind farm is one of 16 renewable projects being developed in La Guajira in the coming years. The wind farm will have a 205 MW capacity from 41 wind turbines. It is being developed by Enel Colombia’s unit, Enel Green power.

The project also includes a 200 MVA transformer, and a 97-kilometre high-tension transmission line that will deliver the produced power to the Cuestecitas substation from where it will be injected into the National Interconnected System.

If you would like to learn more about project cargo movement in the South America, tune in for the upcoming Project Cargo Summit on September 28-30. Register here for free and join us for the live shows. 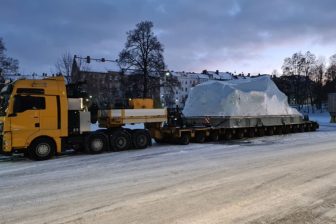 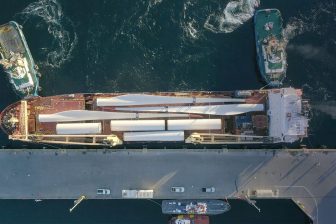 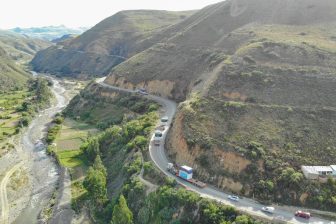