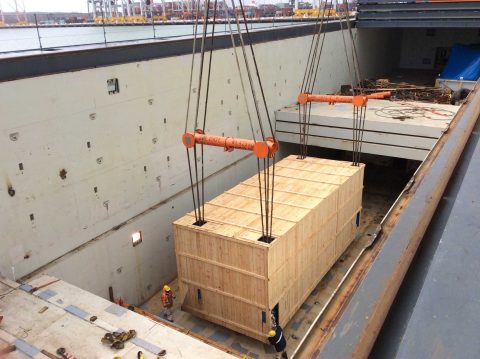 PRESS RELEASE – The British International Freight Association (BIFA) is calling upon the UK government to request an extension to the Brexit transition period. As a result of the coronavirus, “members will be less well placed to adapt to a second shock if there is a significant change in the terms of trade with the EU”, says director-general of BIFA Robert Keen.

While Europe is busy battling the coronavirus outbreak, the Brexit negotiations between the EU and UK have stalled. BIFA fears that if the UK does not seek to extend the transition period, it will not have the time to negotiate a deal that covers anything more than the bare minimum of trade arrangements.

“The government is still insisting it will not request an extension, saying the December 31 deadline is enshrined in law, but whilst Boris Johnson might insist that Brexit is done, we know from our regular meeting with government departments that there is a huge amount left in the civil service’s EU exit in-trays, and everybody is completely overwhelmed with the crisis”, says Keen.

Keen emphasized that BIFA is not looking to argue over the government’s decision but solely wants to protect British forwarders from a second trade shock following so shortly after the corona crisis.

“This is not an argument about leaving the EU. That is done and dusted. This is an argument about managing the transition process when not just the goalposts, but the entire playing field has moved”, Keen says. “Pre Covid-19, our members faced a situation with more time to prepare for a potential no deal. Now, those members have been knocked sideways by the virus and will be less well placed to adapt to a second shock if there is a significant change in the terms of trade with the EU at the end of the year because the government has stuck to its guns over the transition period.”

BIFA added that corona crisis has highlighted the importance of freight forwarders to both the authorities and the wider audience. “In these difficult times, it is important that the government listens to the freight transport sector, puts politics to one side and seeks an extension to the transition period”, Keen says.