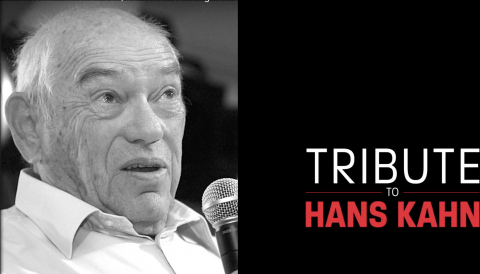 ‘Always worry about performance.’ Words of advice from the late Hans Kahn, who founded Jumbo Maritime back 1968.

In honour of their founding father Jumbo Maritime has released a tribute video in which Dutch heavy weights from within the project cargo and heavy lift industry share their experiences with the maritime entrepreneur.

One of the last things a company should do is focus on making a lot of money, Hans Kahn used to say. ‘Worry about performance. Just make sure you’re better than everyone else and the money will come.’

Since its foundation in 1968 Jumbo Maritime has grown into a leading heavy lift specialist. The company operates a fleet of geared vessels with high crane capacity of up to 3,000 tonnes.

To overcome the current lack in demand for these vessels the company recently formed a strategic alliance with German multi-purpose carrier BBC Chartering, in which both companies get access to each other’s fleets.