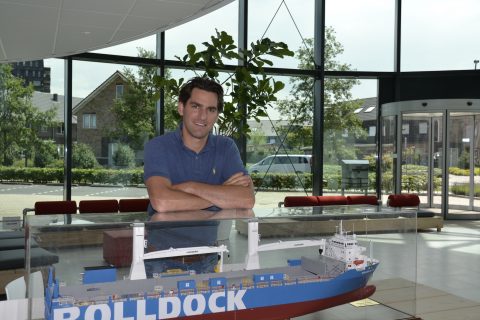 RollDock CEO: “Everyone is watching from the sidelines”

Roll Group will soon embark on ‘an exciting chapter in its successful history’ which will span several months. The heavy load transport company has won its first combined land/sea transport contract and if all goes well, follow-up projects are in the offing.

No, the flag was not put out and the champagne did not flow when Roll Group from Rotterdam secured the transport for Total’s ethane cracker. “There is a bell in our department which we’ll sometimes ring, but we do not truly celebrate until a project has been successfully completed”, says CEO Paul Könst of RollDock, the shipping branch of the heavy transport group which is located in Capelle just outside of Rotterdam.

It is quite unusual for projects of this magnitude to be awarded to one single party.

However, he does not hide the fact that he is highly pleased with the order to transport all the modules for a completely new ethane cracker from Hamriyah Port in the United Arab Emirates to Port Arthur in Texas. “We as Roll Group will organise the entire transport, by land and by water. That is remarkable. It is quite unusual for projects of this magnitude to be awarded to one single party. Usually, there are separate contracts for sea transport and for land transport.”

Könst, a marine engineer by trade, will not divulge the full worth of the contract, but does say it involves tens of millions of dollars. The client is one of the major EPC’s from the United States.

RollDock has scheduled seven trips for the transport, which in total comprises 22 modules which range in weight from 400 tonnes to almost 3,000 tonnes. The first ship is set to depart within two weeks, the rest will follow between April and August. The land transport in both Hamriyah and Port Arthur will be performed by sister company Roll-Lift by means of self-propelled modular transporters, the well-known platform trolleys, which can in principle be coupled indefinitely and can handle almost any transport on land.

In addition to the combination of land and sea transport, Könst points out another strong point of RollDock: the five blue ‘S’ and ‘ST’ class ships. “I also refer to them as the vacuum cleaners of heavy cargo shipping”, he says. They may be relatively small, but they are the only ships of their kind that are capable of loading and unloading in three ways: through cranes (lift on/lift off, lo/lo), as rolling load (roll on/roll off, ro/ro) and by means of submersion (float on/float off, flo/flo). Moreover, the vessels have a draught of just five metres, so if they do not have to submerge they can access locations that most heavy cargo vessels cannot reach.

One such location is Hamriyah on the edge of the Arabian desert. Könst: “These ships allow us to load the smaller modules on site, although the larger pieces will first need to be transported by pontoon to a location with more depth and then driven aboard our BigRoll ships.” According to him, Port Arthur on the Gulf of Mexico also has quite a few limitations in terms of draught, giving an advantage to the RollDock ships there as well.

The interest other players in the market have in this project confirms just how special it actually is. “It somewhat feels as if everyone is watching from the sidelines. Wherever I go, everybody asks how things are going. That says enough, I think.” Könst therefore speaks of “an exciting chapter in our successful history”. This also shows the strategic importance. If the chapter is successfully concluded, follow-up projects involving combined land/sea transport are in the offing.

Of course we want a slice of that cake.

The substantial LNG Canada project, headed by Shell, with an estimated investment value of thirty billion dollars, could yield such follow-up projects. There are plans to build a new LNG export terminal on the west coast of Canada near the port town of Kitimat, complete with a new port and 700 kilometres of pipeline to the hinterland. Boskalis has already secured a dredging contract worth approximately one hundred million dollars, but several billion dollars’ worth of orders are still available. “Of course we want a slice of that cake”, confirms Könst.

Securing such orders is an art in its own right and usually takes more time than completing the actual job. The Total project is a good example of this: the initial contacts date back to 2016. “The first step is usually the acquisition of concessions by the oil companies. Once they have done this, you know that installations will eventually be built and that things will therefore need to be transported”, says Könst. “Everyone in the industry follows that process closely.” 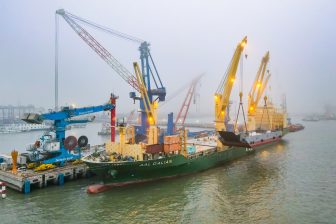 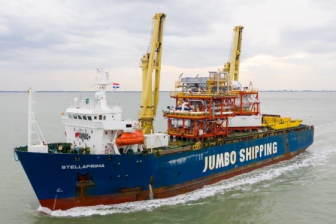 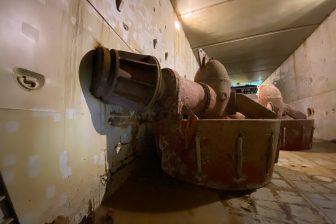