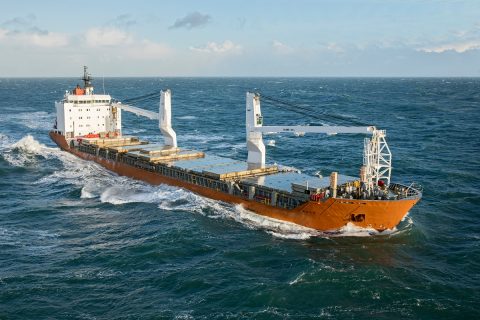 PRESS RELEASE – The global maritime transport industry has submitted a proposal to form the world’s first collaborative shipping R&D programme to help eliminate CO2 emissions from international shipping. The proposal includes core funding from shipping companies across the world of about USD 5 billion over a 10-year period.

The industry-wide move to accelerate R&D is necessary to ensure the ambitious CO2 reduction targets agreed to by IMO Member States in 2018 are met.

These IMO targets include an absolute cut in the sector’s total greenhouse gas emissions of at least 50 percent by 2050, regardless of trade growth, with full decarbonisation shortly after. The 2050 target will require a carbon efficiency improvement of up to 90 percent, which is incompatible with a continued long-term use of fossil fuels by commercial shipping.

Meeting the IMO GHG reduction goals will require the deployment of new zero-carbon technologies and propulsion systems, such as green hydrogen and ammonia, fuel cells, batteries and synthetic fuels produced from renewable energy sources. These do not yet exist in a form or scale that can be applied to large commercial ships, especially those engaged in transoceanic voyages and which are currently dependent on fossil fuels.

The shipping industry is proposing the establishment of an International Maritime Research and Development Board (IMRB), a non-governmental R&D organisation that would be overseen by IMO Member States.

This USD 5 billion in core funding over a 10-year period generated from the contributions is critical to accelerate the R&D effort required to decarbonise the shipping sector and to catalyse the deployment of commercially viable zero-carbon ships by the early 2030s.

In a proposal to the UN IMO, the industry has set out details for governance and funding of the coordinated R&D programme, which can be put in place by 2023 via amendments to the existing IMO Convention for the Prevention of Pollution from Ships (MARPOL).