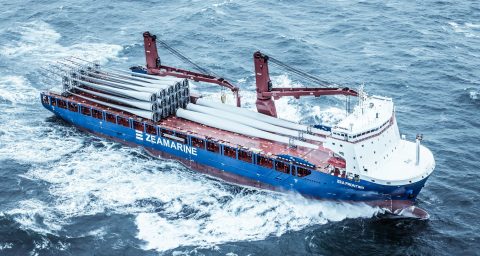 Schumacher and Kremser have both started new positions as chartering brokers at THB Transport, a shipbroker specialized in the bulk and breakbulk segment and part of the Drewes Group. “We are very proud to have these two experienced as well as driven and dedicated professionals in our team”, managing partner Patric Drewes of Drewes Group commented on Linkedin.

Owner Kurt Zech hired an external crisis manager to lead the restructuring and shortly after, the company began to sell ships and divested its Americas business, resulting in the resurrection of Intermarine.

In February, Zeamarine officially filed for insolvency of its three businesses Zeamarine Bremen, Zeamarine Germany Zeamarine Chartering. Since then, the company has shut down offices in Germany, Denmark, Belgium and Japan. The company’s website now also is offline.

The Zeaborn Ship Management Group continues as before and remains unaffected by the insolvency procedure of Zeamarine.