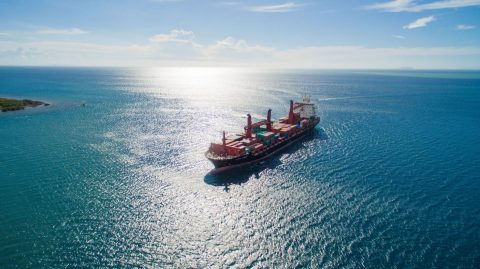 The incredible shortage of empty containers will at least last into January, analyst firm SeaIntelligence Consulting states. And to end the situation by then, the carriers will need to both procure new containers and reposition the existing ones aggressively.

The lack of empty containers in key locations, and Asia especially, is the largest problem in the container sector right now. “This is what is driving spot rate markets to historical highs, and it is what is causing significant grief to shippers looking to get their product moved in a timely fashion”, says CEO Alan Murphy of SeaIntelligence.

Shippers around the world are anxiously wondering when this situation will end. DSV has already gone as far as chartering three multipurpose vessels to bring in containers from Asia to Europe for its customers by itself.

SeaIntelligence has attempted to predict how long the situation might go on by modelling the overall state of the market based on high-level regional data.

The only scenario in which there is a prospect of resolving the problem in January is the one where carriers both procure new containers, as well as reposition aggressively. “This is exactly the strategy that carriers are currently pursuing. However, this strategy causes significant problems for back-haul shippers”, Murphy says.

According to SeaIntelligence, the market is thus faced with a stark choice, with each option having its own effect on the availability of the empty containers. “Either the carriers pursue the current strategy, and there is the possibility of resolving the container shortage during January, or the carriers reduce their aggressive repositioning strategy in order to serve back-haul shippers, but then the consequence is that the empty shortage problem will persist into at least February, and possibly beyond”, concludes Murphy.

The current situation in container shipping, where demand and rates have reached incredible heights, also has an effect on the day rates for multipurpose vessels. In addition to DSV chartering general cargo vessels to pick up empty containers, several container carriers have also chartered to multipurpose vessels in order to close supply gaps.

As a result of this, the recovery of the charter rates has picked up pace, increasing by 202 dollars compared to last month. The average day rate now amounts to USD 6,931. That is 500 dollars below the level of February this year before the pandemic caused the rates to collapse.