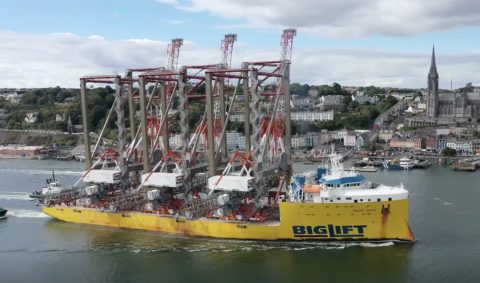 The ship is currently near the East Coast of the United States. Indeed, the cargo is destined for Maher Terminals, located in the city of Elizabeth, New Jersey. The three Liebherr ship to shore (STS) megamax container cranes will be deployed by Maher Terminal, as part of its bid to become a net zero emissions facility by 2040.

The megamax-sized STS container cranes are the largest model available. With a height of 150 meters, an outreach of above 53 metres and a lift height of over 40 metres, the cranes each have a safe lifting load of 40-50 tonnes in single operations, 65 tonnes in twin operations, and 100 tonnes in tandem.

In addition to their impressive capacity, these cranes are designed to be lighter, relatively, which reduces power consumption. Also, the cranes generate electricity during the lowering process, which they then return to the grid.

The cranes were manufactured at Liebherr’s Killarney plant in the Southwest of Ireland. This collaboration between DSG, Liebherr, and The Port of Cork Company highlights the potential for further large-scale manufacturing and operations in Cork harbour. 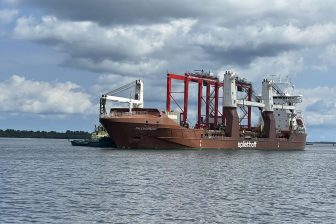 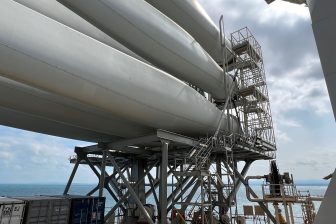 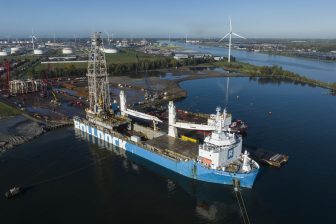