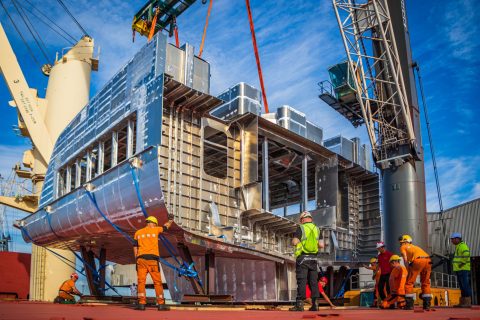 PSA Breakbulk, one of the Port of Antwerp’s largest steel and general cargo handlers, loaded three separate structures for a superyacht currently under construction, for their Montreal-based client Fednav Limited.

The largest of these structures measures 37 metres in length, 10 metres in width, and weighs around 40 metric tonnes. The three components were loaded from a pontoon, onto the Federal Cedar bulk carrier. Built in 2016, the Federal Cedar sails under the flag of the Marshall Islands. It has a length of 199.98 metres, a breadth of 23.82 metres, and a gross tonnage of 20789 metric tonnes.

The ship arrived in the Port of Antwerp on August 31st, and departed on September 6th. Its current destination is Bécancour, in Quebec, Canada, a city located on the south shore of the Saint Lawrence River, at the confluence of the Bécancour River, opposite Trois-Rivières. 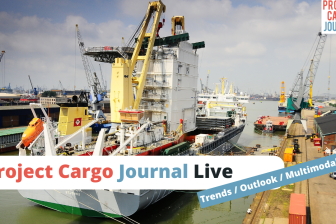 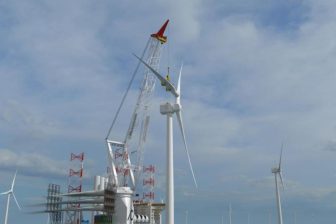 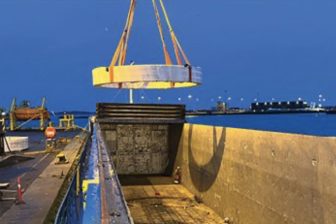