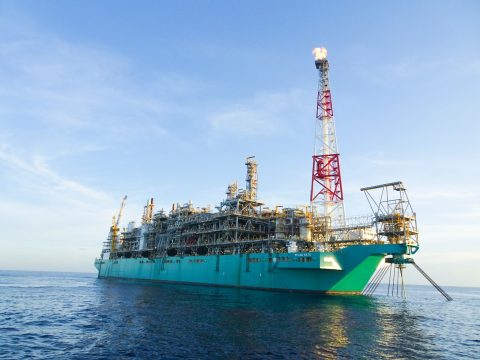 In comparison with the second quarter of 2018, TechnipFMC’s revenue increased by a half-billion dollars to USD 3.4 billion, up 16%. Although the bottom line decreased by 8.2% to USD 97 million, impacted by foreign exchange losses and increased liability payable to joint venture partners, the operational profit (ebitda) was up 19.3% to USD 450 million.

TechnipFMC’s business is roughly divided into two segments. Subsea, which covers all the subsea works to develop offshore oil and gas fields, and Onshore/Offshore, which covers the development of upstream, midstream and downstream facilities both on- and offshore.

Both business segments have performed well, especially in regards to new order intake, Pferdehirt says. “This was a very strong quarter for TechnipFMC. We achieved record inbound orders in the quarter, with total company orders reaching USD 11.2 billion. Onshore/Offshore inbound of USD 8.1 billion was also a new record for the business segment, driven by the award of Arctic LNG 2. In Subsea, first-half orders have already exceeded the levels achieved in all of 2018, with inbound of USD 2.6 billion. The total company backlog increased by more than 75 per cent since year-end to $25.8 billion,” he says.

Pferdehirt added: “The unprecedented level of order activity demonstrates that we are winning, with an intense focus on project selectivity and commercial differentiation.”

In Onshore/Offshore, which is the largest business segment of the company, TechnipFMC is benefitting from the new wave of liquefied natural gas (LNG) projects. Pferdehirt: “The LNG market growth continues to be underpinned by the structural shift towards natural gas as an energy transition fuel, helping to meet the increasing demand for energy while lowering greenhouse gases. Our demonstrated leadership in this important growth market will continue as we anticipate additional LNG awards in the coming quarters.”

In recent months, oil and gas analysts around the globe have stated that the LNG market will become an important growth market for both EPC-contractors and transport companies.

WoodMackenzie said LNG is set to become “a major boon for EPC-contractors and other providers along the supply chain” as final investment decisions are taken on the construction of a large number of new LNG plants, especially in the US. Almost 90 million metric tonnes per annum (mtpa) of liquefied natural gas is expected to start construction over the next two years, with total capital expenditure reaching more than 200 billion dollars between now and 2025, the analysts wrote.

Based on currently sanctioned projects, Rystad Energy expects that US LNG export volumes will nearly quadruple over the coming years, reaching 84 million tonnes per annum (mtpa) by 2025.

Both Morgan Stanley and Rystad Energy warned that currently, the trade war between the US and China is jeopardising final investment decisions on a number of projects. However, both firms have positive outlooks for the market.

“A higher LNG trade from the US to China would potentially be a win-win deal for both,” Morgan Stanley’s analysts wrote. It can reduce the US trade deficit with China by USD 17 billion annually and help China save USD 1.8 billion a year in energy costs, the bank estimates. It added that it still expects the two largest economies to reach a deal this year. 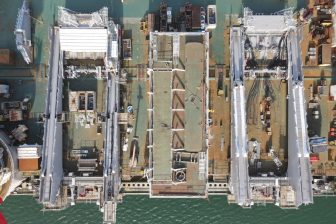 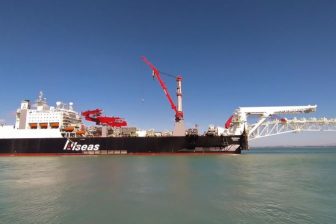