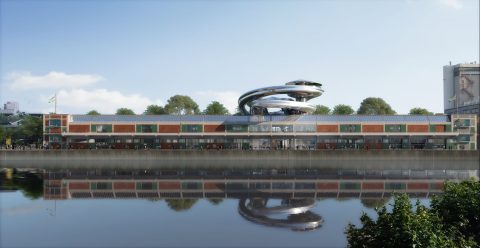 The project to preserve the Fenix Warehouse II is moving ahead with the new piece of the puzzle being set by Bonn & Mees. The company used its Matador 3 to lift a 90-ton elevator shaft of the Tornado, a new observation tower of the FENIX museum in Rotterdam.

Bonn & Mees has been commissioned by its compatriot industrial movements specialist M.J. van Riel to complete the heavy lift operation.

The preservation of the Fenix Warehouse II is one of the initiatives put forward by the Droom and Daad Foundation set up in 2016 with the aim to make the city of Rotterdam even more beautiful by investing in art and culture. For the restoration of Fenix Warehouse II, Droom en Daad Foundation is working together with Crimson Architectural Historians (historical research), Stadsherstel Historisch Rotterdam and Bureau Polderman (restoration plan), according to the museum website.

Connection to the past times

For the Tornado, a panoramic viewpoint of the FENIX museum, Droom en Daad foundation hired a Chinese MAD Architects. It is a shout back to history since the Katendrecht peninsula, located on the southern banks in the port of Rotterdam once was one of the oldest Chinatowns in Europe.

It is also the place where in the 1900’s the first Chinese restaurant in the Netherlands, and probably in Europe opened its doors. MAD further noted that in addition to the platform it will design a theatric staircase and a public atrium in the Fenix warehouse which will merge the ground and first floors with the platform on the roof. The Fenix warehouse was once one of the biggest warehouses in the world. The first floor will in future be used to highlight Rotterdam’s history of migration. Millions of migrants left Europe from these embankments, most of whom had Ellis Island as their final destination. The Fenix will be the place where a human face will be put to these stories.

Ma Yansong, founder of MAD Architects said, ‘We are proud to realise a dynamic transformation of the historical warehouse that will encourage people to move through the space, and be enjoyed by the community. It will lift body and mind, and be a place of pleasure and contemplation. The Fenix will inspire wonder and exploration about the past, the present, and the future.’

Wim Pijbes, director of the Droom en Daad foundation, said, ‘The Fenix Warehouse will become a landmark for all those millions who left Europe from the banks of the Maas, and for everybody arriving today. It offers a great future for Rotterdam’s past.’ 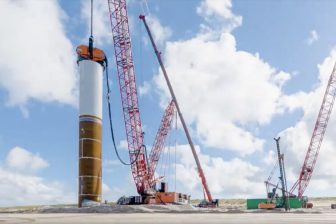 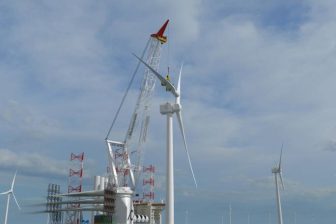 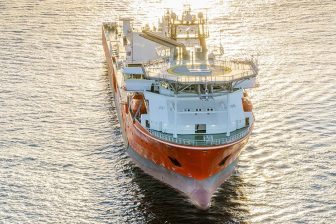