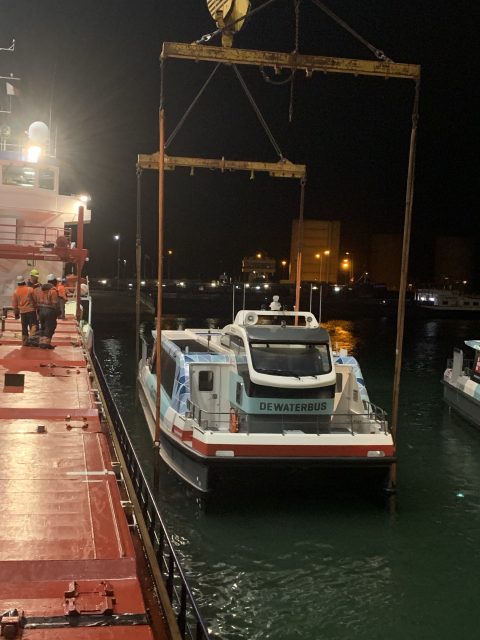 At the start of this year, two new Aqualiners of DeWaterbus were commissioned in Antwerp. The vessels were simultaneously christened in Willemstad on the 29th of December. The ships, built by Damen in Turkey, had arrived in Rotterdam earlier that month after having been transported by sea aboard the MV Haringvliet of Hartel Shipping & Chartering.

Aqualiner is the operator of DeWaterbus in Antwerp. By order of the Antwerp Port Authority, it deploys several fast ships to provide daily public transport across the Scheldt. The new ships are named Aqua Jade and Aqua Emerald. 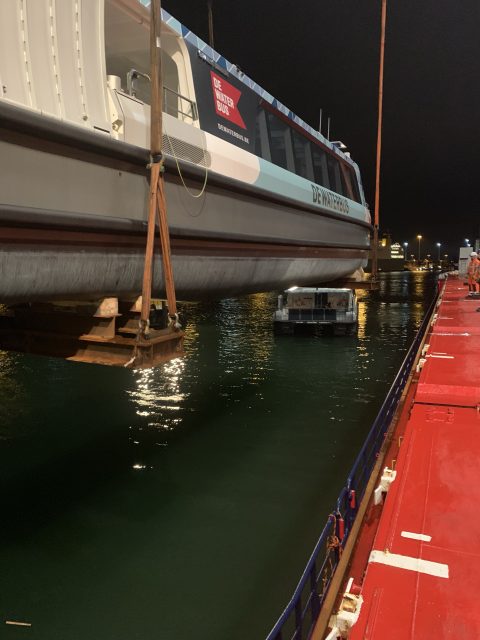 The composite vessels were designed and built by Damen Shipyards at the shipyard in Antalya, Turkey.
Damen used Hartel Shipping & Chartering for the sea transport. The Oostvoorne-based company specialises in transport to and from destinations in the Black Sea region.

Hartel used one of its six own ships, the MV Haringvliet. The 24.50-metre long and 7-metre wide catamarans were hoisted aboard the double decker on the 3rd of December. On the 18th of December, the MV Haringvliet arrived in Rotterdam, where the Aqua Jade and Aqua Emerald were unloaded at the Broekman Logistics terminal and Damen took delivery of the ships.

Soon thereafter, another transport followed. This time, only one ship was involved. On the 10th of January, Hartel delivered the last waterbus in this series for Antwerp using the MV Noordvliet. 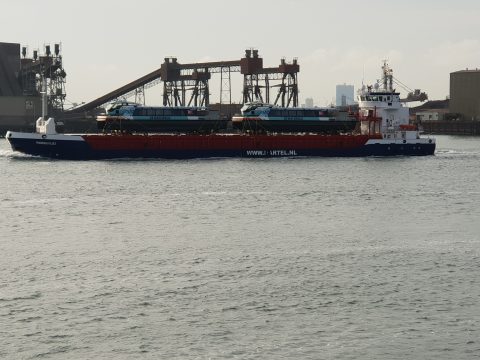 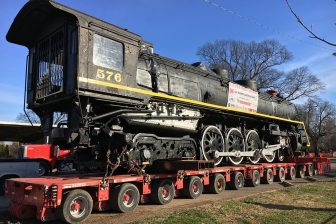