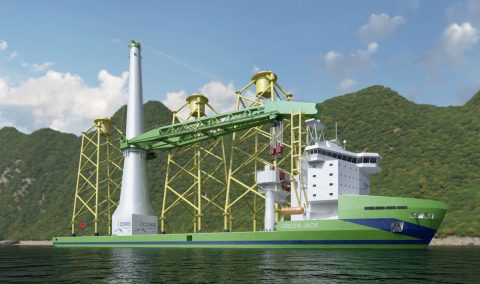 Deme and Taiwanese shipbuilding group CSBC have recently begun construction of the heavy-lift installation vessel Green Jade for the Taiwanese offshore wind market. To reduce its carbon footprint, the ship will make use of its engines’ waste heat to produce electricity.

Where normally more than half of the energy will be lost as waste heat through the exhaust pipe, now eight efficiency PACKs will be used to recover 100 per cent green electricity from the waste heat of the engines. These systems are developed by the German CleanTech company Orcan Energy.

‘Environmental considerations are an important element of Green Jade’s design,’ says Hedwig Vanlishout, CEO of CSBC-DEME Wind Engineering. ‘Waste heat recovery is a key technology in this respect, in addition to various other fuel-saving measures on board of the vessel. We chose Orcan Energy because the efficiency PACKs adapt optimally to load fluctuations and also work well at low loads.’

The technology behind converting waste heat into electricity is based on the Organic Rankine Cycle (ORC). Here, the refrigerant is evaporated – a non-toxic, non-flammable hydrocarbon – and routed to the expansion machine as superheated vapour. The highly pressurized refrigerant is expanded, thereby driving the rotary screws in the expansion machine. The rotational energy is used to drive a generator that produces electricity.

For Orcan Energy, established in 2008, it is this the largest order in the marine sector in the company’s history.

With its 4000-tonne crane capacity and DP3 technology, the Green Jade can transport the next generation of foundations and giant multi-megawatt wind turbines, jackets and components in a single shipment. 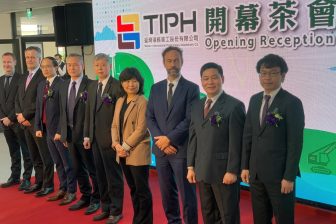 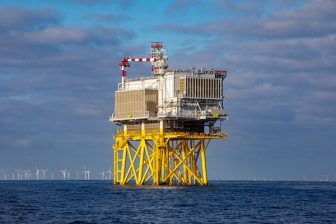 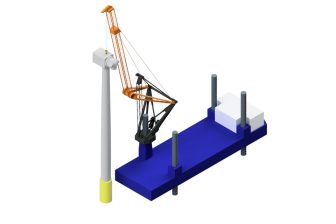