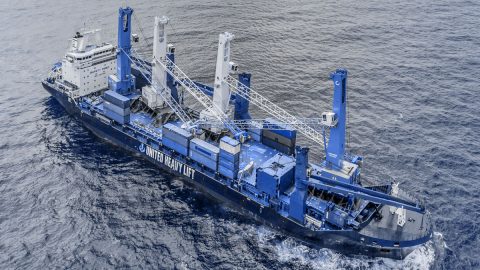 United O7 follows up with new office in Malaysia

PRESS RELEASE – United Heavy Lift and Ocean7 have expanded their cooperation by opening another office in Kuala Lumpur, Malaysia, similar to the one opened in Norway earlier this year.

The new Malaysia office will be run by managing partner Rune Larsen, who will be supported by Skyler Teh and Catherine Hybel. The transport specialists will be represented in Asia by people who already are very familiar with the local market.

Director and partner at United Heavy Lift, Lars Bonnesen, expressed his excitement: “Rune is an old colleague of mine. I’m very happy about being able to work with him again.”

“We are quite excited to see United O7 Asia take off bringing us a step closer to the many loyal clients in the Asia Pacific region through a very experienced local team starting from 5th of November”, added
Jesper Henriksen, director and partner at Ocean7 Projects. The United O7 Asia office will be in charge of the entire Ocean7 Projects and United Heavy Lift fleet.

United Heavy Lift and Ocean7 Projects announced their new partnership in September saying they would open joint offices in Norway, Asia and the United States.

Together, the companies operate a fleet which covers all market segments in the multipurpose and heavy-lift shipping industry, the newly found partner’s state. Ocean 7 Projects operates a fleet of 25 smaller multipurpose vessels with lift capacities up to 500 tons, while United Heavy Lift has a fleet of six larger heavy-lift vessels (800 tonnes lift capacity) and seven heavy load module carriers.