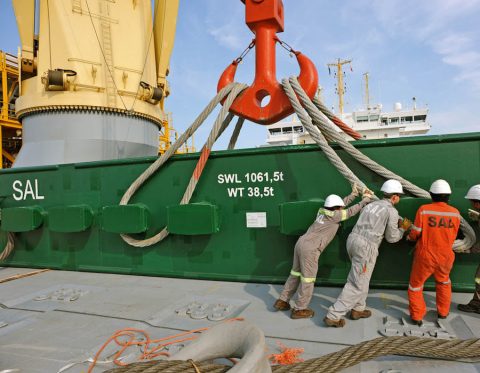 The shipping industry has urged governments around the globe to facilitate the movement of seafarers to keep world trade moving. Every month, 100,000 seafarers need to be changed over from the ships which they operate but due to the coronavirus outbreak, many ports are denying them access to come ashore.

“In this time of global crisis, it is more important than ever to keep supply chains open and maritime trade and transport moving. In particular, this means keeping the world’s ports open for commercial ships and facilitating crew changes with as few obstacles as possible”, the International Chamber of Shipping (ICS) and International Transport Workers’ Federation (ITF) write in an open letter to all major UN organizations.

Every month, around 100,000 seafarers need to be changed over from the ships which they operate in order to comply with relevant international maritime regulations, governing safe working hours and crew welfare, but several countries have limited or completely forbidden seafarers to come ashore. According to media reports, China and Australia have ordered entire ships to be quarantined for 14 days, causing significant delays and hampering global trade.

As a result, major shipping companies like Maersk and DFDS have decided to postpone all crew changes for now, but considering that the Covid-19 crisis could last for months, this is not a sustainable solution.

The industry has already lashed out about the treatment of seafarers saying that just like airline personnel, ships’ crews should be able to sign on and off freely. Their outcry is now backed up by the global shipping associations which have formulated a plan to keep ships and crew moving.

“In view of their vital role during the global pandemic, we suggest that professional seafarers, regardless of nationality, should be treated as any other international ‘key workers’, such as airline crew and medical personnel. As such, they should be afforded special consideration and, notwithstanding the need to comply with emergency health protocols, treated with pragmatism and understanding when seeking to travel to and from their ships”, ICS and ITF write in the letter, calling upon the UN organizations to highlight the critical importance of this issue to the with the governments of their member states.