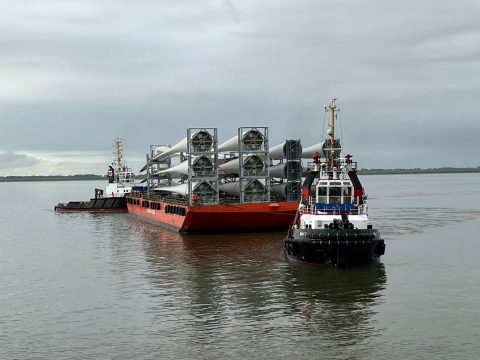 The Hamburg-based shipping company, Hanseatic Break Bulk, oversaw the arrival of a towage convoy in the multi-purpose port of Brunsbüttel Elbehafen, in Germany. This convoy arrived on the 11th of July 2022.

The T.O.W. III pontoon will continue its voyage towards Rendsburg in the early afternoon. The pontoon will travel about 60 kilometres down the Kiel Canal, a 98-kilometre-long artificial freshwater canal in Germany’s northernmost state of Schleswig-Holstein, and the world’s busiest artificial waterway.