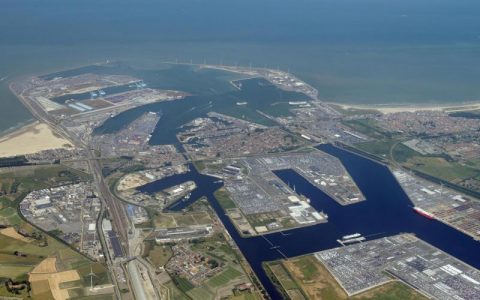 Merger talks between Europe’s biggest breakbulk port and Zeebrugge have stagnated. Antwerp wants all mandates and boards to be divided proportionally which would mean Zeebrugge, which is six times smaller than Antwerp, would hardly have any say in its future anymore.

Speaking at a port meeting mayor of Bruges and chairman of the port of Zeebrugge Dirk De fauw begged the question “if Zeebrugge should put its trust in a partner who merely thinks of our port as a parking”, writes Belgian port magazine Flows.

De fauw calls it “unacceptable” that Antwerp from a superior position will decide what happens in our Zeebrugge and as a result the talks now seem stuck. “From our side, there is a certain restraint to take any meaningful steps. It’s difficult to talk with a partner who acts superior”, De fauw says.

The port of Antwerp and Zeebrugge have been in merger talks since at least the beginning of 2018. In July the ports together asked consultancy firm Deloitte to explore which forms of cooperation would fit the ports best. In a technical report which Deloitte issued to the port authorities in November, it noted that the ports complement each other and basically all forms of cooperation are possible. It can be anything from a simple agreement in which both ports keep their autonomy to a full-scale merger in which the ports ultimately become one entity. De fauw says he would prefer the last option, but evidently only on an equal basis.

The merger talks between Antwerp and Zeebrugge follow hot on the heels of the merger between the Belgian port of Ghent and Zeeland Seaports (Flushing and Terneuzen), who in 2017 joined forces to form North Sea Port which currently is the second biggest port for project cargo. Especially in the port of Flushing there’re a lot of offshore wind-related projects.

The merger between Ghent and Zeeland Seaports was mainly driven by the desire to better promote the region, which is situated between the Port of Rotterdam and Port of Antwerp, but also to share networks and means to strengthen the economic position of both the individual ports and region as a whole.

PCJ has reached out to Port of Antwerp for a response.