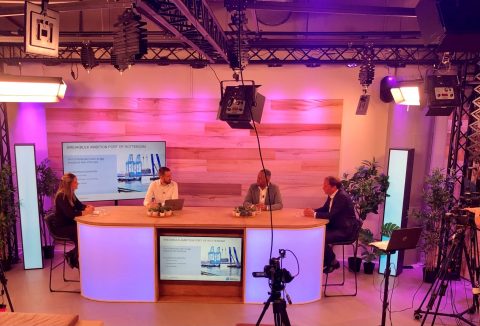 Project Cargo Summit 2021 is a wrap

Representatives from various modalities within the project cargo and breakbulk supply chain joined us live in our Rotterdam studios during the three days of the Project Cargo Summit.

With the ambition to look into all aspects of this niche industry in order to find ways to facilitate growth, the summit hosted some of the highest ranked representatives from ports, project cargo transporters as well as manufacturers that are currently the main drivers for the development. It is noted that the demand from the offshore wind sector still remains one of the main drivers within the industry and dictates the direction of the developments.
The value of the information provided during the three days of sessions was reflected in the highest number of participants from over 75 countries and a record breaking number of virtual one-on-one meetings that has surpassed 1,000.

In the opening session of the Project Cargo Summit we saw that the Port of Rotterdam has set its ambitions high as Europe’s most versatile breakbulk port and reported an increase in volumes going through the port, mainly due to the increase in project cargo coming through the port. Total throughput for the period until June 2021 reached 3.3 million tons, up on the 2.8 million tons reported in 2020.

Commenting during the Project Cargo Summit, Port of Rotterdam’s director breakbulk Danny Levenswaard, said that the Port is heading to the pre-Covid levels. For the future, Levenswaard noted that sustained investment in the port will continue, not only from the port authority but also port companies.

The Port of Rotterdam is not the only port that is gearing towards the increase in size and activity for the project cargo segment. When it comes to facilitating growth in offshore wind developments Port of Bilbao has set its sights on adapting and investing in facilities. Speaking during the summit, Port of Bilbao’s director of operations, commercial and logistics, added that there is an increased demand for new spaces for the upcoming wind turbine structures.

Inland shipping and rail keeping trucks off the road

During the second day of the Project Cargo Summit representatives from the inland shipping segment joined us in our studios to discuss the advantages they provide for project cargo movement when compared with road transport.

During the sessions, the whole multimodal logistics puzzle was discussed including the rail segment which spurred a bit of a competition seeking to crown the ‘greenest’ modality. It was concluded that not only can both modalities can transport more cargo, and heavier cargo in one go, but that both are winning as long as they are keeping trucks off the road and reducing road transport’s carbon footprint.

Digitalisation of a conservative industry

The shipping industry has traditionally been very conservative, which translated to the project cargo. Logistics services providers and digitalisation experts are pushing for an even higher uptake of tools that will not only enhance productivity but also safety of the operations as well as predictability.

Over the coming period, Project Cargo Journal will look further into many of the topics discussed during the Project Cargo Summit and bring you even more insights into the industry. To see what went on during the summit, and what is to follow, here is a look at the aftermovie. 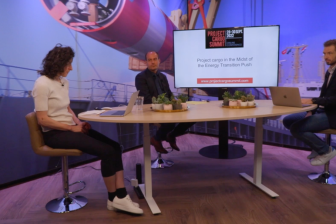 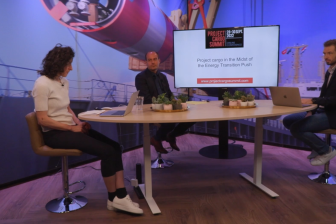